The registration period for each year runs from 1 April to 31 March.

As initiated last year (2017) registrations will be open early (start of March) with an early bird price if membership is renewed before the 1 April (new period).   This concept is being applied again this year, with the addition for new members joining in March, will join under the upcoming years membership (2018-19) and receive a “bonus” period (date joined in march until end of march).

The committee also agreed to offer discounted prices again for the new uniform for the early bird period.  Please remember to try your size on at Orange Clothing Co as all styles are a large make.
Note: this will be processed as a bulk order, therefore uniforms will not be received at least until end of April.

Refer to the membership page for prices. 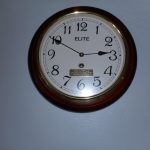