On the weekend Members were spread far and wide with events like ACT Duathlon, Mudgee Running Festival and Colour Run, National Cross Country (WA) as well as our own club run. At Bargwanna Road, Nathan Sutherland smashed out a 10 minute 3km run to finish well clear of the field. Craig Penrose was second home seconds ahead of the first female Ella Lamrock (14:55) and 3rd placed Glenn Prestwidge. Caitlin Prestwidge and Carol Donlan picked up the 2nd and 3rd placing respectively behind Ella.

In the 5km Brad Simmons (21:46) and Leanne Corcoran (21:49) set the benchmark, with Paul Centofanti and Alex Irwin filling 2nd and 3rd spots in a good sized mens field. Michelle Srzich was the second lady home, just in front of Victoria Hamels.

Usual suspects Iain McLean (43:19), Mark Chapman and Mitchell Essex lead the way in the 10km run, while Kim Jarvis, proved the quickest female over the longer distance with 57:12 for the 10km’s. Sharon Fahy and Amy Sullivan both put in consistent efforts behind Kim. Overall winner on the day was Moyia Vidler who did the 3k run in 26:55.

Also running on the weekend was Connor Whiteley in WA for the National Schools Cross Country where individually he came 28th but only seconds separated him from a top 10 finish which contributed to Connor’s state team winning a bronze medal. Well done Connor and a great experience I am sure.

Mudgee running festival saw all runs on the one day this year and despite a little bit of confusion regarding the turns and amount of park laps for some events, Orange athletes scored some great results.

Mitch Williamson was the overall winner of the 5km run completing the course in 15:45. Sister Nicole Williamson also picked up 1st place in the females with a 20:10 time to lead home an Orange trifecta with young Pheobe Litchfield (20:48) 2nd overall and first in her age group and Carrie Williamson (21:25) 3rd overall and second in age group.

In the 10km race at Mudgee, Ursula Wilson was the fastest Orange runner finishing in 43:56 to finish first in her age category, while Brandon Connolly and Brooke Martin were also 1st home in their respective age groups. Daryl Roweth and David Craig also completed this run filling 3rd and 4th place in their age group and rumour has it, one of them took a wrong turn on the course.

Testing themselves on the half marathon course Mike Cooper (1h36m21s) finished first in his age category with a super run, as did the young at heart Brian Rix (2h1m59s). Also out pounding the half course was Joel (Dad) Kitto who pushed through the pain in 1h42m58s.

In the Elephant Park Wednesday run Nathan Sutherland recorded the fastest time for the 3 laps with a 9:46, while young Rebecca Pretwidge was the overall winner after running 19:27 for her 3 laps. The Personal Bests have been a bit quite of late but looking at the results many runners are really doing a consistent 3 laps. If you haven’t done so it is quite interesting to look the Wednesday results on the website to see the lap by lap times to see how fast some are going in each lap and what is especially interesting to me is who is finishing with the 3rd lap as their fastest.

Coming up next weekend is the Dubbo Stampede and the Edgell Jog. Both very popular events with Orange runners and unfortunately this year, both are on the same day, so I think Orange Runners will be split between the two, but both are great events (except for the little hill at Bathurst).

This week will see the Sunday run return to the Botanic Gardens which can prove to be a testing run with its undulations. Distances vary from 1 lap (1.6km) to 5 laps (8km).

Next Wednesday the Elephant Park run will return to a 5pm start. 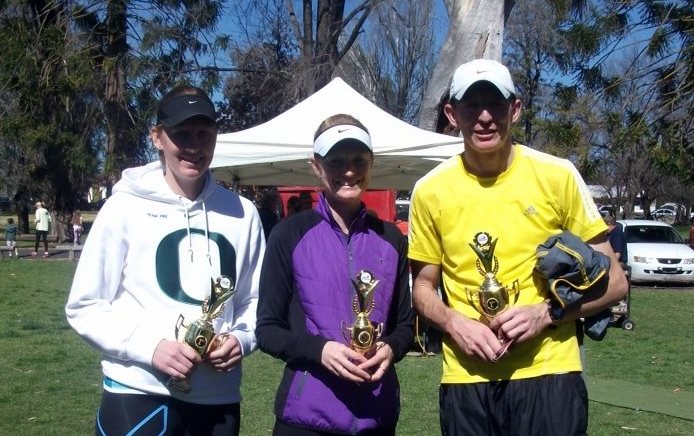