A month of momentous milestones

It must be the month for milestones. Just 2 weeks after Michael Sharpe reached 1200 runs with the ORC I have the honour of reporting that one of his fellow ORC original founding members – Gary Taylor – achieved the amazing feat of 1300 runs with the club on Sunday.

Gary is one of those quiet achievers within the club (although there may be stories from the early days where that may not have been the case!) and during the years has demonstrated his dedication to the club as well as his running ability. His running achievements have included winning fun runs in Trangie, Narromine, Wellington, Blayney, Mount Panorama, Newbridge/Neville, and Canowindra – where he ran 7.2km in 24.48.

Gary also won the Country Marathon Championships for N.S.W. in 1986/87 and won the Mary Murrison Half Marathon Trophy in 1982 with a time of 78.33. He has been a member of many teams, including the Bedwell Relay that was held between Oberon and Bathurst and contributed to the scores for the Challenge Cup that was held between Bathurst, Dubbo and Orange running clubs. And since ORC awards began 10 years ago, he has twice been awarded the Most Consistent Runner.

When asked what changes he has seen in the club over the years he replied ‘I have gotten slower!” Gary recounted the early days of the club where the 15-20 members, whose partners used to do the timing, participated in local fun runs and competitions, and took turns writing up the results, by hand, on paper. After their weekend run all enjoyed a lovely lunch cooked by Michael Sharpe’s mother. Gary said the membership was in contrast to today’s club where there are lots of children participating and there are over 400 members.

Gary was presented with his certificate for his 1300th run by President Frank, on a glorious sunny morning in the shadows of Mt Canobolas. Ever the achiever, Gary announced it was on to 2000 runs from here! Congratulations Gary and we look forward to you reaching that next goal!

After receiving his certificate Gary joined the club for a challenging run up the Pinnacle over a distance of 3km or 6.4km. The starters gun was a bit delayed however as another fellow founding club member, Gary Williams, and his offsider Mr Davis completed the markings for the course. Gary later admitted that they had been delayed not due to the soggy condition of the track but by the fact they had stopped to sample some of the local blackberries– no doubt well earned after their long mountain bike ride.

The Dean clan again claimed top honours, with Abby the winner on Sunday. It was great to see Joel Kitto return for a run on Sunday after a bit of a break due to recovery from his injury, welcome back Joel.

The Orange Running Festival is now only 1 week away! There is still time to enter! Go to the website at
https://www.orangerunners.com.au to register for the 4.8km, the 10km or the half marathon. Entries can also be made on the day prior to 7am. It will be a great day for families, walkers and competitive runners so we look forward to seeing lots of local participants on the day. Good luck to all for what should be a fantastic day.

We also look forward to welcoming this year’s running festival ambassador, Sarah Mycroft from Wagga, to our local event. Sarah will be competing in the half marathon, which should be a walk in the park considering she ran around Australia in 2011. In doing so she was the first woman to complete the 14,772km continual run on Highway 1. The renowned long-distance runner, who finished 20th in the London Marathon in 2002, devoted her eight-month trek to raising funds for the Juvenile Diabetes Research Foundation. As well as competing and motivating us all, Sarah will be speaking to high school students on the Monday after the running festival.

This Sunday’s run is the ever favourite Bulgas Road, with a choice of 3, 5 or 10km. 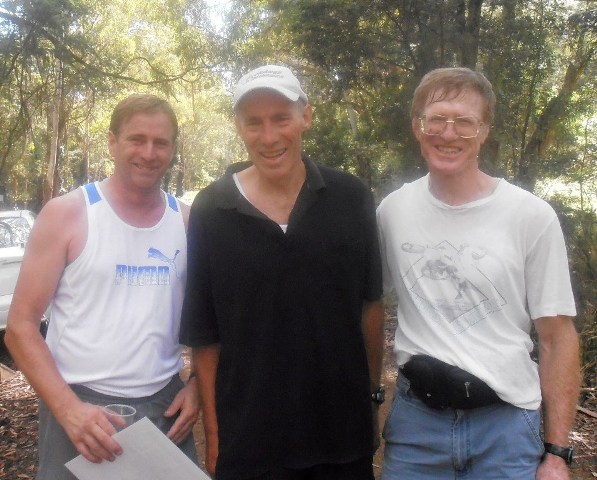 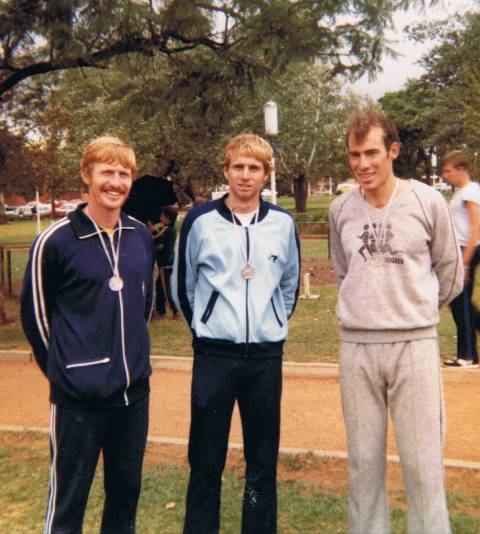