Last Sunday saw a mixture of old and new at Elephant Park, as many old members returned to join in with current members in a relay format, where pairs were drawn out of the hat and many interesting combinations are formed.

There were some really fast teams with Jack Daintith and Grace Srzich finishing in a time of 22:30, only 5 seconds in front of Jackson Boucher and Rhianna Fitzpatrick. The combination of Stewart Vidler and Amber Rich, arguably pre-race favourite, came in third, with Stewy blowing up that he was not getting enough recovery time between laps. Fittingly the winners on handicap were Jordan Cheney and Michelle Szrich, but Jordan unselfishly donated his prize for the lucky draw prizes.

A BBQ lunch followed the relay and some short speeches from Jane Fairgreive, Jordan Cheney and Gary Williams both moved and inspired those in attendance. Donations were collected for Pan Care. Thank you to all for your donations and or assistance with the BBQ or running of the relay.

Also on the weekend at the Yass running festival Orange runners performed well with Kim Dale finishing third female in the 14km run in 1:09:42. Anthony Daintith (1:51) and Brett Sammut (2:01) competed in the half marathon, which apparently was a little longer than the normal half and Jack Daintith (25:35) and Hugh Daintith (37:06) did the 5km race (also about 5.6km). Congratulations to all.

On Wednesday Night Mitch Williamson slipped around the 3 laps in just over 10 minutes. Jackson Boucher came in second fastest overall and also picked up the win on handicap, while the consistent Ursula Wilson was fastest of the ladies. Personal Bests were ran by: Nicholas Thomas 39s, Donna Irwin 57s and Busta Connolly 43s.

A date to put in the running calendar is October 12. This is when Forbes will hold their annual running festival, with this year’s event including a half marathon, a 10km and a 5km.

This weekend the club run is at Kinross Forrest starting at 9am with the usual distances here 2km, 4.6km and 9km. 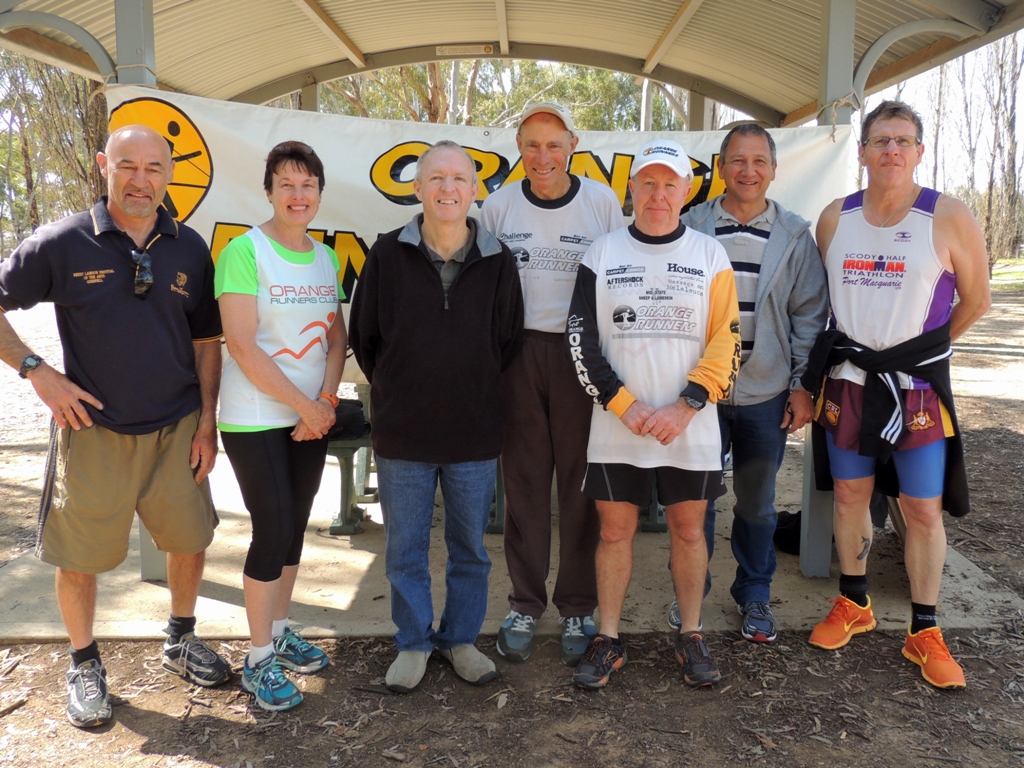