Thank you to Judy and Bill for writing their interesting reports for the autumn season. Tom and I will be looking after the publicity side of things for the winter months. If you have any running news you wish to share with club members please let us know.

Chocolate money for our fundraising is now due. Please give your proceeds to either Frank, China or Stewart as soon as possible.

A breakfast meeting was held on Saturday after an early morning run. Approximately 40 members attended so thank you to those people for coming along and sharing your comments. Thank you also to Patricia Frost who has made enquiries regarding a new uniform for the club. At this stage we are looking at long sleeve training tops and polo tops. Once all enquiries have been finalised, club members will be asked to place orders. A follow-up meeting will be held again in about two months. More details regarding this will be issued later in the season.

Just a reminder that ladies wishing to attend the girls weekend away for the Blackmores Sydney Run in September, please see Pam or Karyn as all details need to be finalised as soon as possible. A lot of work goes into organising this weekend and a special thank you must go to Pam and Karyn.

Congratulations to Frehiwot Ward. This talented 10 year old came first in the PSSA under 11 girls cross country 3 km run held at Cudal last Friday. Freihwot now progresses to the next level and will be competing in Wellington mid June. We wish her well. Next week we will be able to report on the Catholic Schools Cross Country at Eastern Creek.

On Sunday Martin Ryan was presented with his 300 runs certificate. Martin has been a member of the club for many years and has achieved fine results during that period. He has just purchased a new pair of running shoes so is hoping they will glide him over the running track even quicker.

The Sunday run was held at Elephant Park and 101 members attended. The handicap winner was Matt Dean who completed the 8 km course in 32:00. Well done Matt.

Pounding the track with determination was Mitch Williamson who completed the 4.8 km distance in the time of 16:08. I can’t even imagine what that must feel like. Nice to see Harry Townsend and Richard Page giving it their best shot and also die-hards, Coral Britt and Liz Gregory going flat out, not to mention their tongues.

Karen Neal may have had a birthday through the week but age did not weary her on Sunday clocking in at 35:14 for the 8km event and achieving a 50 second PB. Not to be outdone by Karen, Wayne Stewart also did a 2.00 PB; this man is on fire just now. Another person very happy with their effort was Tony Fitzpatrick doing a 1:50 BP. Just back from Hamilton Island to celebrate his and Julie’s 20th wedding anniversary must have given him a new lease of life!

As the winter months are now upon us the Wednesday run at Elephant Park is now at 4.45 p.m. President Frank presented popular club member, David Aseguinolaza with his 500 runs certificate. Well done China. The handicap winner for Wednesday night was Hamish McLean. Hamish completed the 3 km course in the time of 17.38 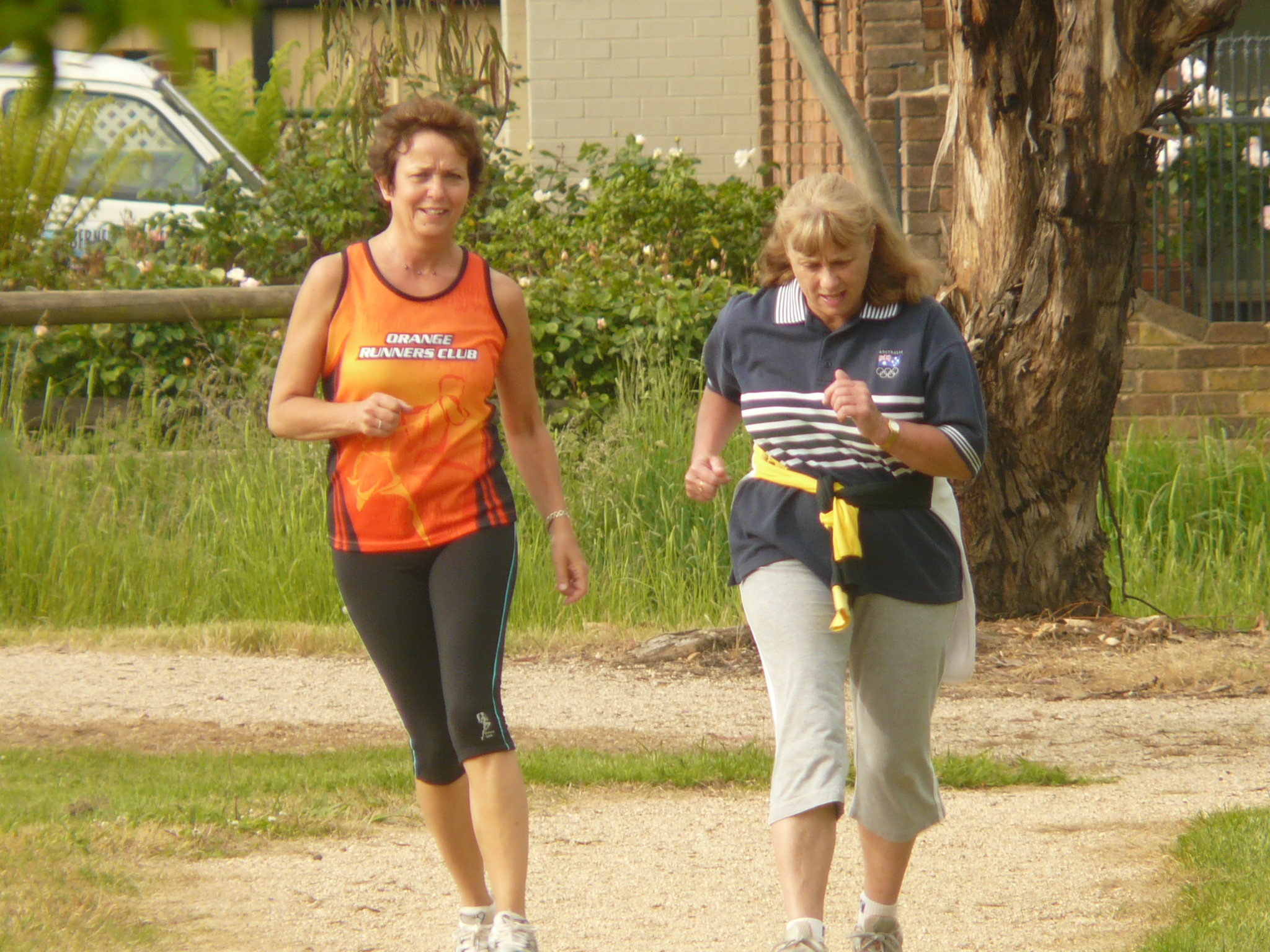