Another busy weekend for runners club members with the usual Sunday run at Berrilee Road, a fun run at Cowra and the Orange Triathlon Club Championships at the lake spreading runners across all 3 events.

At Berrilee John ‘Rooster’ Connolly was the standout over 4km in a time of 19:10 minutes to pick up the overall win on the day. David Craig and Craig Penrose were both, only a minute or so behind him. Lily Craig (19:48) was again a leading light in the girls, finishing clear of Bec Halls and Monique Connolly.
In the 8.1km long run, Kim Jarvis (49:41) was the only female to tackle the challenge, while of the men Daryl Roweth and Iain McLean finished with the same time (37:11). With Mr Jim Rich running his usual consistent race in 3rd place.

On Sunday at Elephant Park we will be having relays and afterwards we will be having the official opening of the shed by Mr Andrew Gee MP. A free breakfast barbecue will be available to all members. The relays are great fun and a prize will be presented to the winning team, plus lucky hat prizes. Please come along and join in this special occasion.

The AGM will be held on Thursday 10 April 2014 at Anson Street School. It will be commence at 6.00 p.m. and pizza will be available. Please come along, especially new members, we need input and this is your chance to say what you consider will make the club stronger and happier.

Subscriptions for the new financial year will be due on 1st April 2014. Family membership will be $70, Senior $30 and Juniors $15.
Orange Colour City Running Festival has a several shirts in sizes XL and 2XL available for only $20 if you are interested see Kim or email colourcityrunningfestival@gmail.com

Tip of the week. Please run / walk on the right hand side of a roads used by vehicles and keep to the left hand side of paths only used by cyclists and / or pedestrians. This is particularly important for young children when faster runners pass by on narrow paths such as some of the paths found in Elephant Park. Parents are encouraged to explain and make this known to their children. 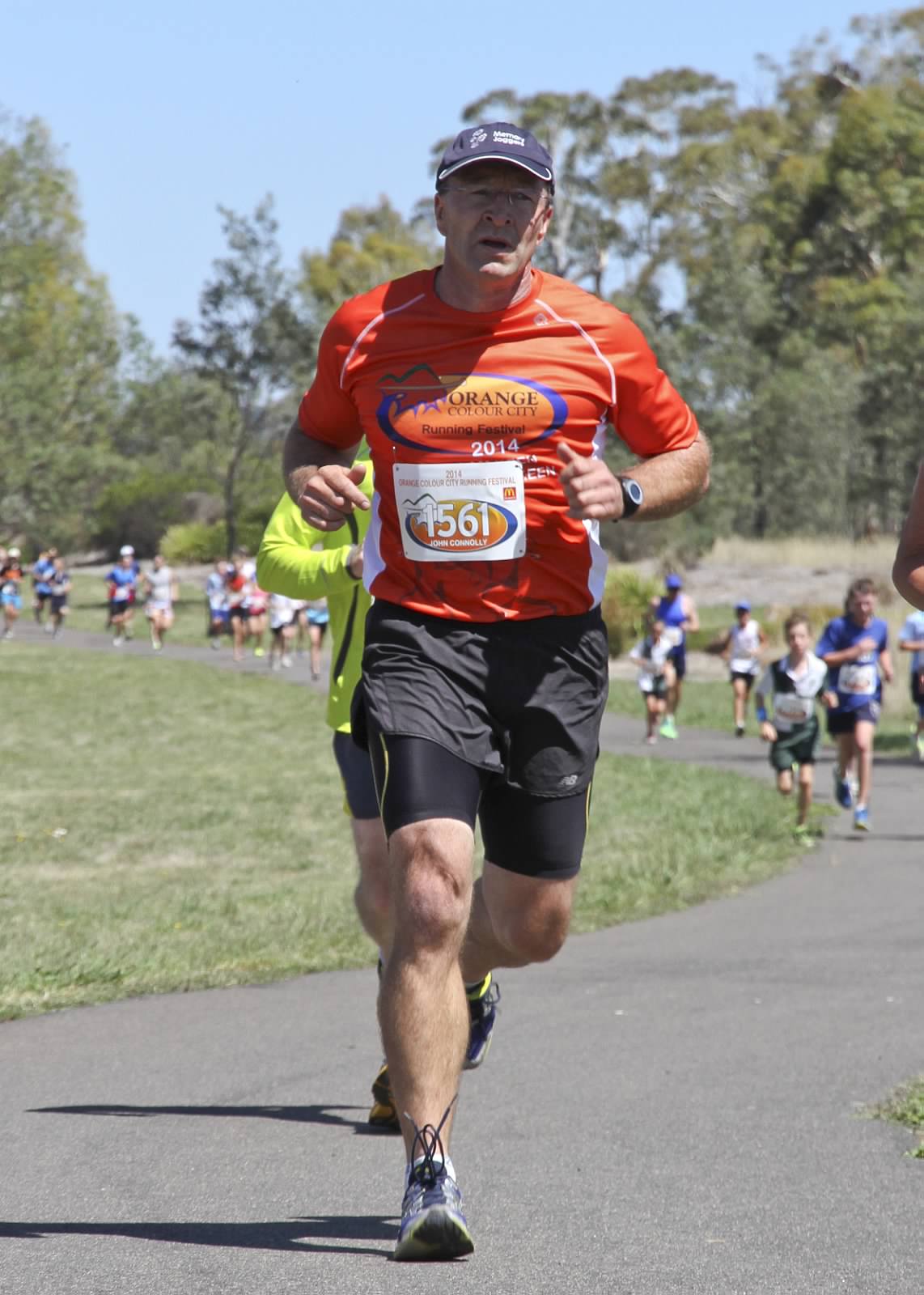