Countdown is on for huge festival

Two weeks to go until Orange will experience the sound of many feet striking the pavement. Now is the time to get entered. We are really looking to increase the local percentage in our festival fields and encourage everyone to get in and have a go. This year for our Waratah Early Learning Centre School Challenge, John Davis Motors Business Challenge and the Southern Cross Austerio Sport Challenge once you have entered in the 5km individual event, you can enter in a team for free. Last year’s School Challenge Winner James Sheahan Catholic High School and Canobolas Public School have already put out the challenge to the other Orange and District School to come and run them down. Register through www.orangecolourcityrunningfestival.com.au or call in and see Helen at the Dept of Sport and Rec.

With Phyzx back on board for the Festival, massages will be available before and after your races, just look for their black tent. The wonderful Phyzx staff are also conducting stretching classes after Runners on Wednesday at Elephant Park (approx 5.45pm) for members and those registered for the Running Festival. Phyzx are also offering Orange Runners Club a discount on the latest Foam Rollers designed to assist with massage and stretches – just call into Phyzx with your timing chip to prove that you are a member.

Last Sunday saw Orange Runners Club members tackle the testing Pinnacle course and organisers didn’t let the longer distance runners down with yet another variation on the track. Doing the long run, top triathlete Jessica Richards (36:45) ran the hills well to finish well clear of Amanda Gregor and Jane Fairgrieve. Of the men, Peter Fox (33:16) ran away from the field, with Daryl Roweth running into second and Mike Cooper third. Mike also picked up the overall handicap winner.

In the 3km run, up and down the big hill, Joel Kitto (14:0) was fastest overall finishing just ahead of ladies winner Leanne Corcoran (14:08). Katherine Lindsay and Kinisha Roweth picked up the ladies minor placings, while Mitchell Cooper held out the consistent Craig Penrose for second spot in the mens.

On Wednesday night at Elephant Park Mitchell Williamson set the track alight as he cruised around the track in 8:41 to be almost 2 ½ minutes faster than the next quickest runner. Also on a mission was sister Carrie Williamson who also scorched by many runners on her way to a 10s Personal Best (PB) time of 11:46. Also doing PB’s on the night were Ursula Wilson 1s, Thomas Hogben 25s, Eidan Monks 33s, Cleopatra Nam 1m16s, Glen Griffith 1m48s, Josh Dunn 4m39s and Helena Griffith 5m10s.

Rebecca Halls was recognised for 200 runs and Chris Lane was the overall winner with a 14:15 minute run which saw him get faster each lap.

This Sunday runners will be at Elephant Park with a relay style event. 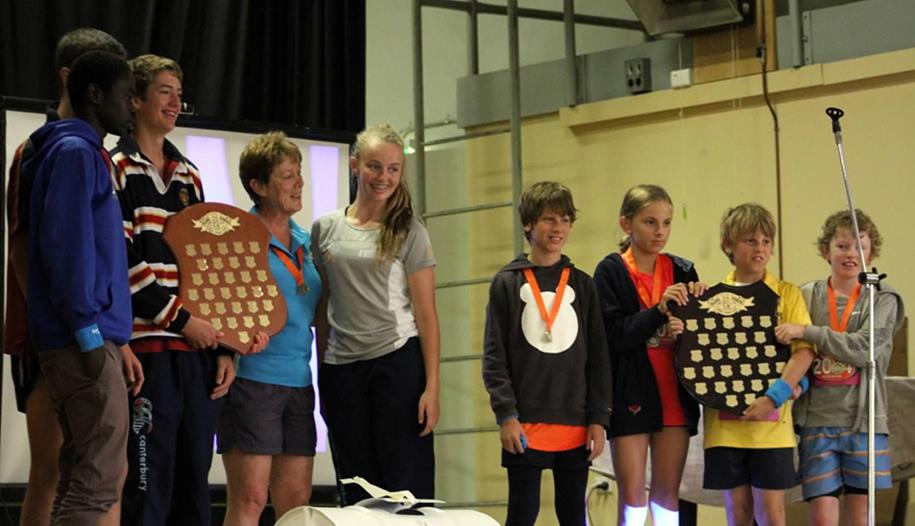 SCHOOL SPIRIT: Orange Colour City Running Festival secretary Judy Tarleton and some of the members of the James Sheahan Catholic High School and Canobolas Public School teams which took out the Schools Challenge in 2013.