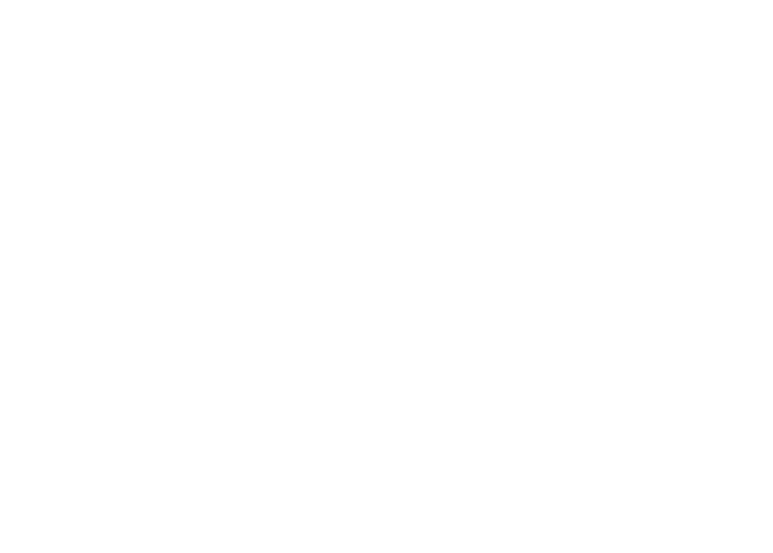 Last weekend was the biggest weekend on the Orange Runners Club calendar with the hosting of the Orange Running Festival. After all the preparations, the event was here and in the first race on Saturday the kids 2km race, our club was represented by many youngsters as they took on some quality visiting runners. Hannah Gross challenged the boys coming in fourth overall and first female in a superfast time of 7:25, while Skye Napier 7:47 came in third female.

The club was well represented in all the events on Sunday from the 5km to the Marathon. Staring in the 5km were Mitch Williamson who finished first overall in 16:02 and Jack Bilton who came home in second place in 16:33. Unfortunately too many too many results to list, but congrats to all members who ran, volunteered or did both.

In what was a highly successful weekend our Festival Co-ordinator Michael O’Mara has supplied the following brief Commentary on the event.

The week preceding the Orange Running Festival gave the farmers and gardeners a welcome relief from drought and put a little water in our dams.

An event of this scale and a major change of start and finish venue meant that the 2020 committee had to redraw all the race plans and familiarise all the volunteers with a new location at Gosling Creek Reserve. The new venue grew out of the previous years’ good support from the wide running community. The existing venue had a limit on the ability to grow and there is nothing worse than being successful and having to limit your competitors due to a shortage of space.

The new committee of experienced runners and long term members with a diversity skills have given many hours to plan and implement what has been a rewarding experience. We adopted a sign off that 2020 to be “The Best Event Ever”! We have been so pleased with the numerous feedback comments on our Facebook page and to all of us on the day how good the venue, starts, facilities, course and finish area was. Many comments, but these two summarised all of the many others:

Sherry Brandtman – ‘A huge thanks to the whole community of Orange – from Parkrun, to the shops we visited, the wineries, the accommodation and most importantly the organisers of today’s amazing running event along with all the vollies out on the course. Friendly faces and encouragement along the way helps get us to the finish.’

Bonnie Davies – ‘Had the best time. Highly organised and the volunteers were great. The weather was perfect and Orange is a great place. So glad we travelled interstate to participate. Many thanks and I shall recommend the Orange Running Festival to my two running clubs I’m a member of here in Tasmania.’

We could not have had the facilities and infrastructure without the generous support in cash and kind from many businesses in Orange. This year we entered a 3 year partnership with Westfund Health which gave us the certainty of funding.  We also thank Orange City Council for the beautiful Gosling Creek Reserve and all the regulatory approvals. There are a number of race naming sponsors but 2 need particular mention. Athletes Foot of Orange whose owner Stuart Summers has run the half marathon 13 of 14 years which he has sponsored. Also our marathon sponsor Carpenter Collins and Craig. Not only did David Craig sponsor the event, but as a member of the club he was out in his truck collecting gear, setting up and then packing up at end of day.

We had over 130 volunteers to safely conduct this event many thanks to RFS Canobolas Region, 2nd Orange District Scouts, Canobolas Technology High School students, Spring Terrace and Spring Hill Public Schools and most importantly numerous members of the friendly Orange Runners Club.

Looking forward to 2021. The planning has already started this week.

On Wednesday at Elephant Park eighty five starters took on the 3 laps of the Elephant Park course with Hugh Corcoran 11:03 showing mum is not the only speedy runner in the family was the quickest just ahead of Jack Daintith 11:05 and the consistent Brad Simmons 11:41 coming in with the third fastest time.

Leanne Corcoran 11:53 was the fastest of the ladies with Lily Craig 12:43 and Grace Hosie 12:55 finishing in the minor placings. Overall winner was Yonneka Hill who ran a very consistent 15:21 for the 3 laps which was a 3s personal best.

Congratulations to Donna Irwin who was recognised for completing 50 club runs.

This Sunday the club run will be held at Berrilee Forest, starting at 9am, with 4km and 8.1km distances available. 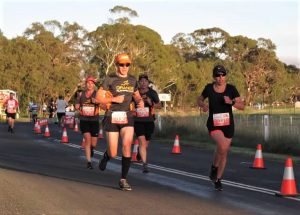 4 of our members competing in the Half Marathon on Sunday at the running festival as they approached the Spring Terrace School area.
From Left to right:
Kelly Gleeson, Marc Kiho, Alicia Anlezark and Tina Kiho.