Martin thrives on a dry and dusty track

Around 73 members tackled the dry and dusty Bulgas Road track on Sunday, with some fast times and exhausted bodies after reaching the finish line. Timing guru and triathlete, Stephen Martin was out for a run and completed the tough 10km course in a slippery 42:46 to be first home and was closely followed by Iain McLean and Mark Chapman chimed in with third place. The 10km was the most popular distance on the day with 31 starters in total and the girls put in some excellent times with Jessica Richards (46:59) leading the way from Estelle Dean and Janet Martin. Doing the 5km another triathlete, Lauren Kerwick (20:20) lead all the way and finishing in front of Amber Rich and Jessie Dean to clean sweep the first 3 placings overall. Tim Edmonstone (22:59) was next best and first male home ahead of Noah Lamrock and the experienced Jim Rich.

Jack Daintith was the fastest over 3km in 12:16 finishing ahead of our own timing guru, Michael Sharp while Hugh Daintith continued on his recent improvement with a strong run for third place. Brooke Martin (13:47) was impressive finishing just ahead of sister Sophie with Abby and Molly Dean finishing tied for third. Norma Bradley enjoyed the 3km course with a 25 minute fast walk giving her the overall win on the day.

On Wednesday night at Elephant Park over 100 members circulated around the track with a number of standout performances again this week, most notably Mitch Essex, who secured the fastest time of the night with a consistent 10:56. Leading the girls charge this week was Sue Dean who pocketed a strong 11:42 following on from some consistent runs over the last few Wednesday’s. Wayne Sunderland was the overall winner as he dabbled with the lucky 13’s as he ran a time of 13:13 for the 3 laps to be thirteenth fastest male.

This weekend there is no Sunday Club run as we hope many members will be supporting the Great Volcanic Challenge which unlike our club runs is a run up the big hill or 3, instead of the little hills we do most Sundays.

The AGM will be held at Anson Street School at 6.00 p.m. (prompt) on Friday 10 April 2015.  Pizza will be ordered in, however as with previous years if you can bring a plate to share would be appreciated.  All positions will be declared vacant and if you would like to take an active role in ORC in some way we are happy to hear from you.  There are quite a few positions which need to be filled so please consider if you are in a position to help out.  The OCCRF will also be presenting their financial statement and summary of the festival.  Remember, the AGM is your chance to voice your opinion on anything… please come along and support your club. 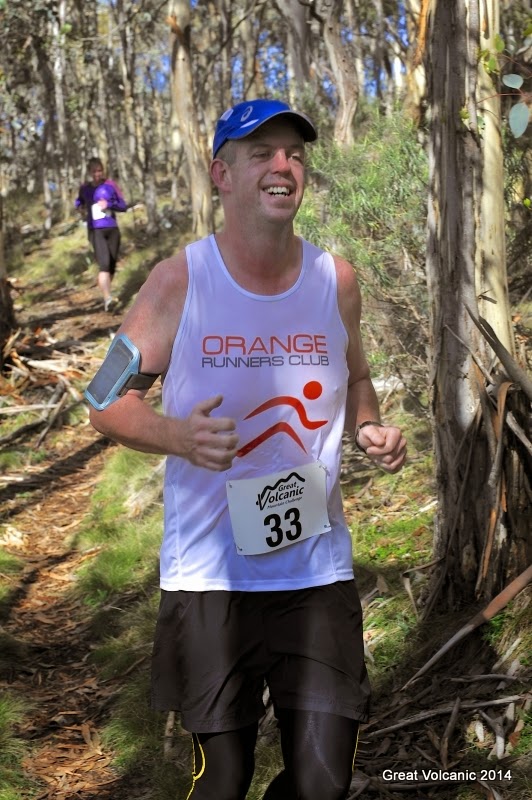 HILL CLIMBER: Leon Lincoln was all smiles in the 2014 Great Volcanic Mountain Challenge on his way to stopping the clock in one hour and 22 minutes.