Meet the new King and Queen of the mountains

Runners from all over NSW and further a far competed in the annual Great Volcanic Mountain Challenge last Sunday morning. This event is growing every year and aimed for those, who as the title say, like a challenge. Well, for two young Orange Runners Club members mention the word challenge and they’ll be there. Eleven year old Noah and Eight year old Ella Lamrock tackled the course which consisted of 3 peaks over 1300m, total climb of 520m over 11 kilometers  in remarkable time.

Noah ran a time of 1.09.31, won his age group, was the 43rd finisher overall and 37th male to cross the line. Ella finished in 1.22.30, also won her age group; was 96th overall and the 27th female to finish. These are fantastic results over extremely difficult terrain; the winner admitted to walking part of the course due the gradient of some of the climbs and still registered a new course record.  It was great to see the runners club support the event either as competitors and volunteers. As we all know these events cannot be held without local club support.

Other club members who finished in the top 3 in their age groups were Jessie Dean, Jeremy Hannan, Charlotte Simmons, Mark Chapman, Judy Tarleton and Brian Rix.

Wednesday’s handicap run was won by fellow columnist Kinisha Roweth. On her way back from a lower back injury Kinisha is finding her legs and fitness in no time at all. It is thought that some home tuition for former runner of the year and father Roy has a little to do with this incredible feat.  Overall improvements  were are a little light on this week with only 3 people able to lower  their previous best times, Tara Nagle 21 seconds, Luka Mihalich 1 minute 4 seconds and current runner of the year Anthony Daintith 2 seconds.

The Orange Runners’ Club Annual General Meeting (AGM) will be held at the Anson Street School next Thursday 4th April, 2013 starting from 6pm. Each club member/family is asked to please bring a plate of food to share after the meeting. BYO drinks.  Election of committee members will take place at the meeting, as well as the discussion of a number of significant items of importance to all ORC members.

This Sunday’s run should be a favorite of almost every club member young and old. The Easter Sunday run at Elephant Park.  In true Runners Club tradition not even the Easter Sunday run and more importantly the post run Easter egg hunt discriminates against people’s age or ability. In fact some run noticeably quicker during the egg hunt than the actual timed run before it. This is definitely not an event to be missed and if you’re like some of us, the main reason we run…. to eat CHOCOLATE! 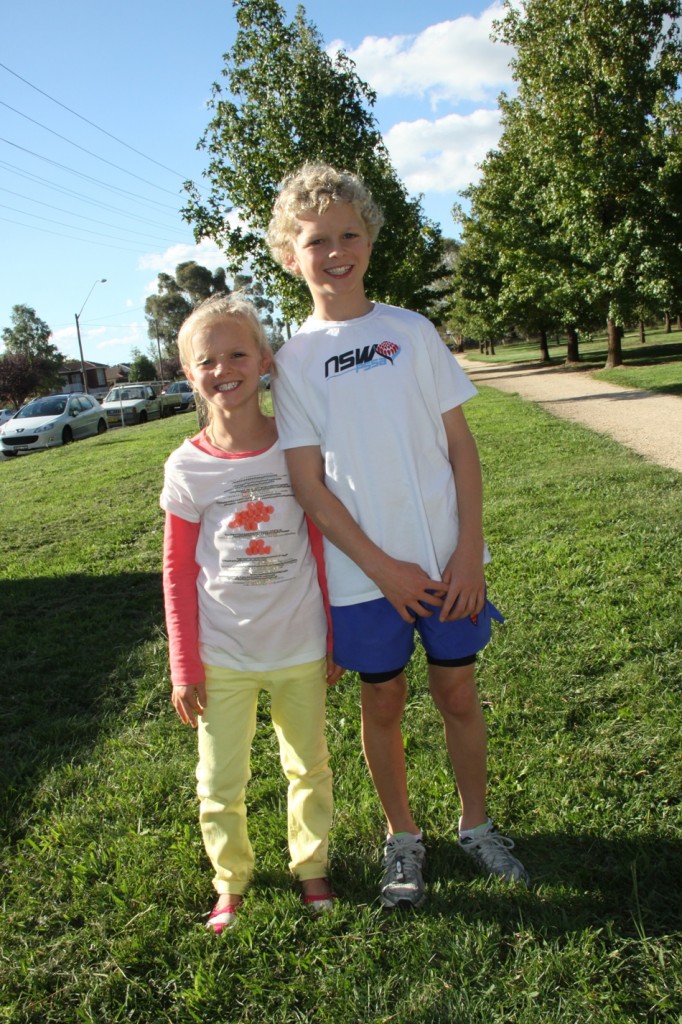