On Sunday the run doubled as part of the Banjo Paterson Festival with almost one hundred runners and walkers took to the beautiful Botanic Gardens for the Sunday morning run. Running a very slick 7:20 for the 1.6km one lap course, Lachlan Ross finished more than 2 minutes in front of his nearest rivals. Finn Scott came in second spot while Gary Taylor snuck into third. Arabella Harvey was the fastest of the girls in 10:45 to lead home Sidney Harvey and Rosie Corcoran.

The pace was really on in the 2 lap 3.2km run, with Robert Stuart running 12:01, to lead home Harry Narromay and Noah Lamrock. Alison Spurway was too strong in the ladies with her 18:50 giving her victory over Monique Connolly and Joy Harvey. In the most popular distance ran on the day, the 4.8km, Jack Daintith with an 18:54 was 6 seconds faster than David Hunter in a tight finish, with Anthony Ellison a mere 8 seconds further back in third spot. Amber Rich with a time of 21:34, came home in first spot but it was recently new mum, Liz Simpson who has returned to running over the last month or so who ran a strong 24:54 to come home in second place while Lily Craig was the next girl home. Sharon Fahy decided it was her turn to do her own distance when she completed the 4 laps (6.4km) in a solid 44:12. In the 8km Meg Reeves, who has been a standout since starting with the club in recent months was the quickest overall with a very impressive time of 32:50. Ursula Wilson was second home just in front of Naomi Boynton and Tina Kiho as all of the first four ladies beat home a strong men’s line up. Paul Centofanti (38:00) had just 3 seconds gap on Mike Cooper in second spot with Tim Scrimshaw some 20 seconds behind in third. Michael Bowen also decided to have his own distance as he completed the 9.6km 5 lap course in 56:57.

This week’s Sunday run is a new run at Stagecoach Road. To get there you need to travel out Icely Road, cross the bypass and continue going out Icely Road. Stagecoach Road is about 10km from Orange opposite Mayfield Vineyard and you turn left into Stagecoach. Parking is on the left at the shearing shed about 300m from the corner. The distances will be similar to most Sundays with the choice of a 3, 5 and 8km run.

We are only a week out from the Colour City Running Festival (Feb 28 / Mar 1), so if you are intending to enter you need to do so now, as especially the 5km is closing in on its maximum numbers, so if you leave it too late, you may miss out.

Phyzx will be running stretching exercises after next Wednesdays run, so all members are encouraged to participate in some stretching that may aide recovery or help combat that lingering ache after running. 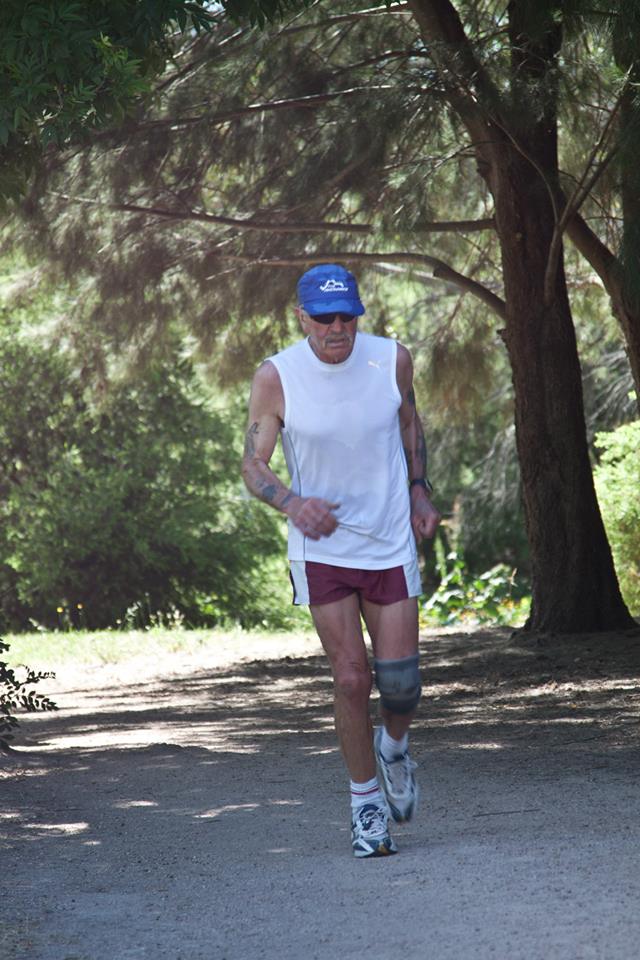 HE’S BACK: Runners’ Club long time member Jim Rich, who regularly attends Sunday runs, has made a return to the Wednesday Elephant Park runs in the last few weeks and this week made an improvement on his personal best for the three laps.