With a number of members heading to Carcoar for the Carcoar Cup there were some outstanding results. In the Marathon David Ross led the Runners Club member’s home, with a super 3:33:16 to be just outside the top ten, with first time marathoner Iain McLean just 2 spots behind Ross in 3:35:49. Ursula Wilson had an outstanding run to be not too far behind with a 3:39:18 which saw her finish fourth female overall. Brad Simmons rounded out the outstanding efforts with a 3:42:12.

In the Half Marathon, Anthony Daintith was the quickest of the Orange contingent finishing just outside the top ten men when he ran 1:41:46. Ian Spurway ran a solid 1:47:44 to finish ahead of our other runner Stephen Blackwood 1:49:24.

Doing the Carcoar Cup four Kids (1.8km) Thomas Hogben ran 10:22 to come fifth in his age category, Amelia Hogben did 10:37 to secure fourth in her age group, Cameron Ross ran a strong 12:49 to secure first in his category, while Keagan Wilson did a great job finishing in 24:01 to win his category.

On Sunday morning at Bargwanna Road a reduced crew of 61 runners tackled a strong head wind on the trek out, only to find that although easier on the return section, it was not a tail wind. Despite the wind some solid times were seen with Logan Whiteley (15:20) again powering to victory over the 3km course. Leon Lincoln and Thomas Lincoln were the next two guys home, while Tanya Connolly (17:02) continued her run of impressive results with a win over Hannah Lincoln and Chelsea Gregor.  Mitch Williamson (19:34), returned from his World Speed Golf Champs in the US, to run out the 5km in an impressive time to lead home the pack including sister Nicole (23:26) who was second overall and first female, after also representing Australia at Speed Golf. Mark Chapman was second male only seconds behind Nicole, with John Bowmer powering into third. Josephine (Joel) Kitto was second girl home in the 5km, with Kate Thornton and Lily Craig, close behind them. In the 10km run the Whiteley boys looked like twins running side by side for the majority of the run, before dad Aidan (44:40), let son Connor (44:35), skip away at the finish, to score the win by a few seconds. Finishing not too far behind them was Peter Mueller who did his usual working his way through the field. Of the ladies Kinisha Roweth (53:01) was the fastest, ahead of Kim Jarvis and Judy Tarleton. Overall winner on the day was Nell Vidler who did the 3km in 31:39.

Wednesday night at Elephant Park saw around 88 runners tackle the course with a number of runners beating their Personal Best. Tanya Connolly 37s, Nathan Garton 14s, Gabe Colla 15s, Reilly Wilson 3m11s, Nick Lendi 10s and Don Layard 1m57s all secured the prized PB. It proved enough to give Gabe Colla the fastest time of the night (11:59) and Don Layard the overall win on handicap with his 14:57 for three laps. Nicole Williamson was the fastest lady on the night with an even paced 12:53.

This year the Christmas Party and Awards night is on the 29th of November at Nashdale Hall. Cost is $10 for a family and $5 for individuals. Please get your money and names to the executive ASAP. Also the 2015 Running Festival Committee are looking for people to assist with some of the minor roles. Please contact either one of the Festival or Runners Club Committee members for more information or visit the web site www.orangecolourcityrunningfestival.com.au

This Sunday will see the club return to the Jack Brabham fields, for what usually is the choice of 1 to 4 laps of the area, with the longest run around 7km. 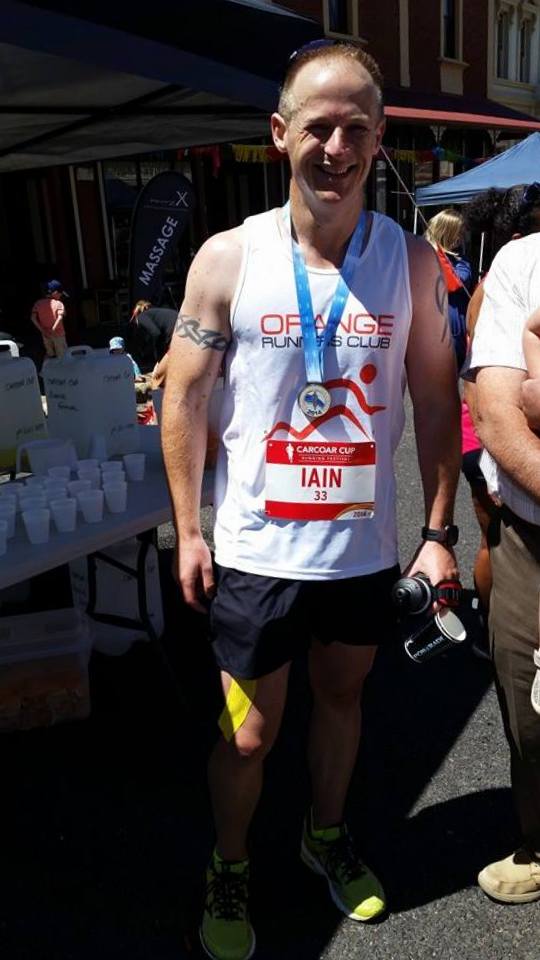