Seven kilometres a jog for Roy

In typical Orange fashion only a couple of days after summer had ended we were hit with strong winds and a drop in temperature. This made everyone work a little harder last Sunday as the Runners’ Club met at Jack Brabham Park; one of our most open and unprotected locations of a Sunday. Runners had the choice of tackling 1 to 4 laps of the 1.75km family friendly course. Daryl “Roy” Roweth was the handicap winner on the day running the 7km in a time of 30:48. Not a surprising result given that he only had to run a sixth of the distance he accomplished the weekend before in the inaugural marathon.  Denise Quinlan, Nell Vidler & Hugh Daintith settled for one lap while it was Lucy Dean with the help of her brother Jack edging out Lily Craig, younger sister Maeve and mum Sue to cross the line first over 2 laps. For the boys Jack ‘The Voice’ Daintith came home in front of John Connolly and Pete Mueller. The 3 lap distance wasn’t appealing to the women and it was Richard Eggleston who out lasted the 6 strong male contingent of Dave Craig, Gary Taylor, Craig Penrose, Stu Vidler and Wayne Fahey. The first female to make it home over the 7km distance was the increasingly fast Liz Simpson over the ever consistent Amber Rich and pocket rocket Ella Lamrock. For the gents it was a couple of Marathon men Mitch Essex and Joel Kitto finishing one two just ahead of Iain McLean.

Wednesday’s handicap run was held in perfect conditions and it’s great to see some new fresh faces. Speaking to one of the mothers who recently joined the club, she described the club as friendly, well run and affordable with no commitments. Last Wednesday’s handicap winner was Noah Whiteley who finished in a time of 14:41. John Connolly ran a 13 second Pb finishing in 12:03 and Abby Dean equaled her best of 14:23; while Kelly Bishop smashed her previous best by 1 minute and 50 seconds. Steve Martin 10:05, Mark Chapman 10:48 and Iain McLean 10:56 were the first 3 men home while for the females it was Laura Auberson 11:29, Estelle Dean 11:45 and Jessie Dean 13:02.

The entire Orange Runners’ Club would like to congratulate Mitch Williamson on his 4th placing and personal best time in the 10km at the recent NSW Open Track and Field Championships held at Sydney Olympic Park last weekend. Mitch is a great competitor and somehow manages to maintain a smile on his face while pushing his body to the limit. Well done Mitch, a very proud moment indeed.

Speaking of pushing it to the limit one of our regular walkers aka The Festival Queen opted for a little resistance training last Sunday while helping out a young mother pushing a pram, aka Marathon Mum. The Festival Queen took the reins of the pram while Marathon Mum attended to her daughter Maeve however she was struggling with the pram and the forward motion she was trying to achieve. It wasn’t until a very alert fellow runner whizzed by shouting “take the brake off” that the Festival Queen realized what was going on and everything became a little easier. In her defence it had been a while since she had the need to be pushing a pram; maybe they didn’t have brakes in the old days?

The annual Great Volcanic Mountain Challenge is on Sunday 24 March 2013, entries can be made online at www.greatvolcanic.org until 6pm Wednesday 20 March 2013 or on the day between 7.30 and 8.30am. Visit the website for more details, this is one of the most challenging events run in Orange and should be on all runner/walkers bucket list.

The Orange Runners’ Club Annual General Meeting (AGM) will be held at the Anson Street School on Thursday 4th April, 2013 starting from 6pm. Each club member/family is asked to please bring a plate of food to share after the meeting, and BYO drinks. Election of committee members will take place at the meeting, as well as the discussion of a number of significant items of importance to all ORC members. If you are interested in nominating for a committee position, or there are any items that you wish to have added to the agenda for the evening please call Frank Ostini (0417 436 633) or email ostiniwholesale@colourcity.com by Friday 29th March 2013.

Tomorrow’s Sunday run will be at Kinross Forest with the new start time of 10.00am. Wednesday’s handicap run start time has also changed from 5.00pm to 4.45pm as we prepare for the shorter evenings until daylight saving finishes in April. Please make note of these changes for your next run. 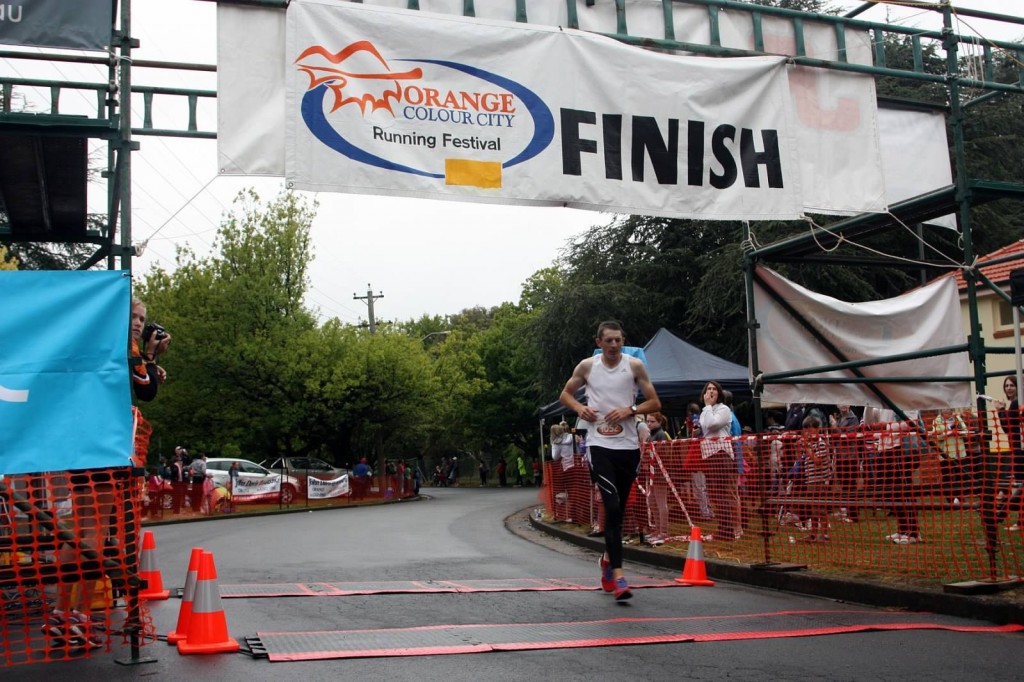