Amber in a rich vein of form

A smaller turn out this weekend at Bulgas Road, but a very competitive one at that, with around 65 starters enjoying the easy finish on this run.

Amber Rich at least must have as she powered away from the rest of the 3k runners, while the mighty Logan Whiteley was a comfortable leader of the boys. The 5k was the really tight race as only 38 seconds separated the top 3 girls and 48 seconds between the first 3 guys. In fact there was only 2 ½ minutes between the first 7 males as they charged up the hill. Sue Dean and Jessica Richards staged their own battle up and down the hills of the 10k Bulgas run as did Brad Simmons and Mark Chapman in the mens. Handicap winner on the day was Craig Penrose who has been improving each run and really enjoys the Sunday runs. Craig ran the 5k finishing 4th overall in a time of 24:34

Wednesday’s run saw another strong turnout with Brandon Connolly scooting around in 10:15 to be the fastest recorded time, while Carrie Williamson also scorched the course in 11:56 which was a 20 second PB and secured her the overall win on the night. Ben Blanch also recorded a 20 second PB and Louise Lloyd credits her recent PB’s (6s) to Balanced Health, Fitness & Wellbeing – Sarah Trifogli.

Some recent milestones have been recorded with Sheree Ryan 800 runs, John Hannan 100 runs and Anna Daintith 200 runs and all received certificates in the last few weeks. Young (9yo) Matthew Terry was also announced as our 500th member and excitedly picked up some nice prizes. Speaking of prizes any members who have recently been handicap winners please see Jane or Frank at the next run and pick up your prize.

The Christmas Party will be held on the 30th of November at Nashdale starting around 4pm. Please put details (names) in an envelope with the payment ($15 Family, $10 individual) and give to Frank Ostini or Bill Fairgreive.

Have you looked at the prize money for the 2014 Orange Colour City Running Festival. Check out the pockets full available to win at www.orangecolourcityrunningfestival.com.au

This weeks run is at EP with a relay, Melbourne Cup sweeps and a BBQ. Each runner gets drawn with a partner and they take it in turns of doing 1 lap each of the normal Wednesday run, three times. There combined total time plus handicaps will give the overall winner. 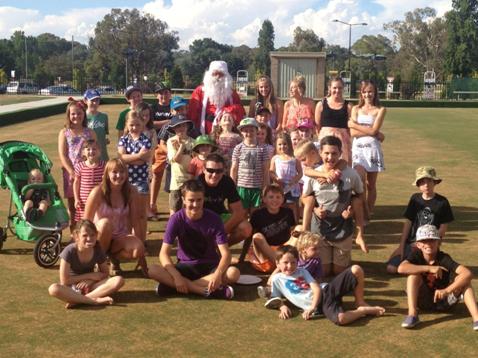