Members off in all directions

A big weekend for runners saw members split between the Carcoar Cup, our Melbourne Cup Relay run at Elephant Park, Interclub Triathlon in Bathurst and the Kitto Christening.

At Carcoar, some outstanding results from Orange Runners including Team Pre (Williamson) Consisting of Carrie, Nicole & Mitch Williamson & Liz Simpson who finished 2nd to a highly rated Sydney team. Both top teams finished the marathon with a time under 3 hours. Mike Cooper was best performer of our members in the half marathon finishing 9th male (in a time around 98minutes) with Anthony Daintith not far behind and securing victory over his son Jack, who was doing his first half, by a few minutes.

In the 6km Carcoar to creek dash, Amber Rich (28:14) finished 2nd overall, while young guns Charlotte Simmons 3rd and Ella Lamrock 9th. Of the males Brandon Connolly (24:33) was also 2nd across the line in the dash and Dave Ross 4th.

In the Relays at Elephant Park on Sunday 18 teams of 2 runners were drawn out of a hat with a gun team of Mark Chapman and Rod Draper came out together and they cleared out from the field and finished well ahead of 2nd placed Martin Ryan and Mitchell Cooper and completed the 6km relay in very close to 19 minutes. With the handicaps taken into account this result was reversed, while Gary Taylor and Linda Chapman pushed ahead of the remainder of the field, to just take third. Brett Mackin and Mal Gregor did a great job on the BBQ on the day and Fiona Mackin ran the Melbourne sweep as all who attended had a great day.

A big thanks to Brandon Connolly, Bill Fairgrieve and Graham Fahy for their feedback on these events.

Wednesday’s Elephant Park run saw another good roll up with Brad Simmons leading the charge with a 10:44 hit out while Brooke Martin scored a 14 second personal best to get her time down under 13 minutes. Karla Monks was the handicap winner with her 3 laps stopping the clock at 15:39.

Please anyone who can assist with the Running Festival in February (22-23) please let someone know. There are many jobs that can be done, prior to and on the day that people can do and can still compete. Just ask Frank or one of the Runners Club committee, or Judy Tarleton (Running Festival Secretary) and they can advise you on who to talk to and what jobs need more helpers.

The Christmas Party will be held on the 30th of November at Nashdale starting around 4pm. Please put your details  (names) in an envelope with the payment  ($10 Single & $15 Family) and give to Frank Ostini or Bill Fairgreive.

This weeks run is at the Mount Canobolas Pinnacle picnic area and is another enjoyable run with a few little rises. 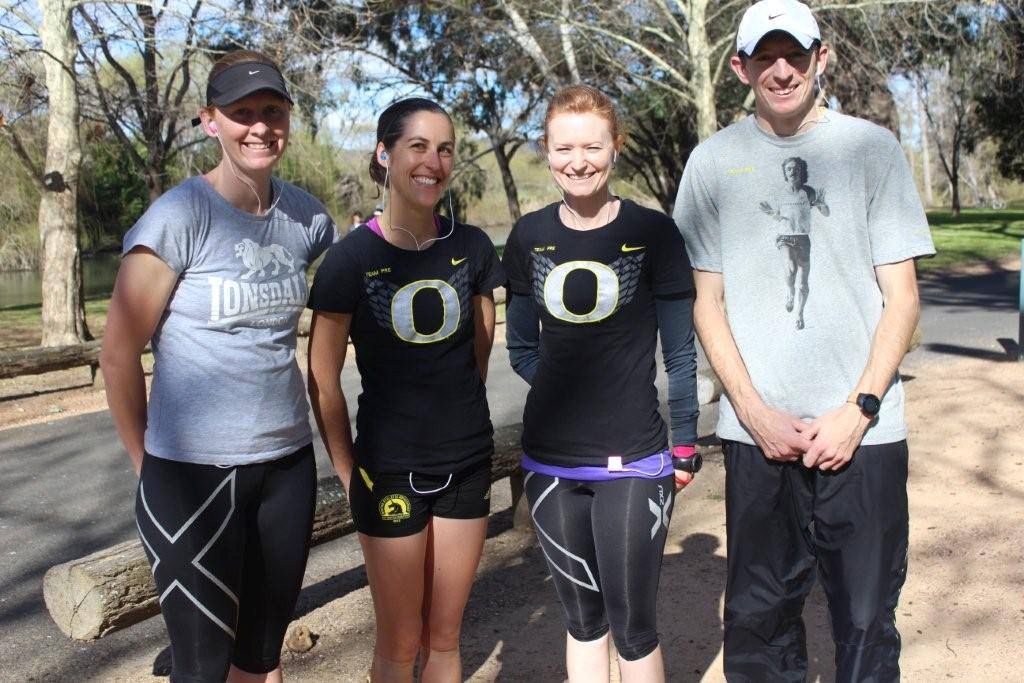 SUPER TEAM: The team of Nicole Williamson, Liz Simpson, Carrie Williamson and Williamson finished on the podium for the team marathon at the Carcoar Cup on the weekend.