Stagecoach Road was the place to be on Sunday morning for the club run.  Almost 80 runners and walkers took to the various courses with the option of doing the 2km distance, not as popular this week, but Denise Quinlan (20:30) was the first one home ahead of John Betts (21:35) and Judy Tarleton (22:53).  Joshua Gray again showed his pace to be the quickest of all the 3km runners finishing in a time 14:53. Coming in behind Joshua was Michael Sharp (17:01) and Craig Penrose (17:38). Alicia Ross (16:01) was the fastest lady over the 3km, with Abby Dean (16:32) very close behind and Joy Harvey (21:08) coming home in third spot. Jack Daintith (20:46) was the fastest over 5km with Damien Harbrow (24:12) being second male home and Alistair Merrifield (25:25) just behind in third spot. Jessie Dean (24:13) powered through the 5km to lead home the girls and also pick up the overall win on the day. With fellow young guns Ella Lamrock (26:06) and Lily Craig (27:45) filling the placings. Another Jess, Jessica Richards (41:15) took out the ladies 8.5km race, finishing clear of Karyn Vardanega (46:29) and Kim Jarvis (48:35).  The guys were fast out front with Brad Simmons completing this tough run in 36:54, but this would be hardly a challenge compared to the 90km Comrades run he did recently. Usual solid performers over the longer runs Mitchell Essex (38:33) and Mark Chapman (39:31) were next best in a quality field of runners.

Ninety six runners tackled the Elephant Park course for the 3 laps on Wednesday night. Before the running started a couple of awards were handed out with Steven Wensley clocking up 800 runs and Gary Taylor continuing his reign as our number one runner registering his 1600th run recently and both were presented with certificates recognising this achievement. Once the running started the pace was on out front and it was great to see Brandon Connolly return to form and be the overall fastest runner on the night with a slippery time of 9:57 to also secure the overall win on handicaps as well. Fastest lady was Leanne Corcoran who ran a very consistent 11:56. There was a number of Personal Bests set on the night with the following people and their recorded times listed below.

John West tackled the Athletics NSW Longwalks Championships at Narellan over the weekend, winning the M55-64y title, backing up his win last year in a time of 1hour 52m 51seconds.

This weekend we will venture out to Kinross Forrest to take on this interesting run. 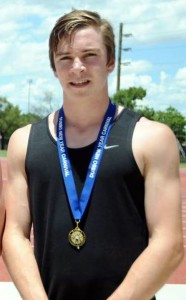