Cutting into the success

What a weekend the entrants we received for the Festival was fantastic.  Locals came to run, volunteer and support.  So thank you to everyone who was part of the Orange Colour City Running Festival.  The committee would like to thank our wonderful sponsors and our volunteers who helped us make the Festival the success that it was.

It was great to see such competition in all the events and the big smiles on everyone’s faces. With  all the excitement at Gosling Creek on Saturday afternoon in the Pete’s Car Wash 2km Junior Dash ORC members Noah Lamrock (2nd Male) and Phoebe Litchfield (1st female) performed well.  The Hotel Canobolas 5km Liz Simpson out ran the field for first female and Mitch Williamson 2nd in the males.  Finishing in the top dozen females were Nicole Williamson, Amber Rich, Janet Martin, Katherine Lindsay, and in the males Mitch was joined by Nick Roweth.

In the Fitness Perfection 10km ORC’s    Ben Hutton (1st) ran strongly with Brandon Connolly pleased with his third placement. For the females Laura Auberson and Estelle Dean were the only ORC members to be placed in the top 10.  The Athlete’s Foot Half Marathon course was enjoyed by all, our best placed female was Penny Chandler who came in 13th, while Tristan Harrison finished 15th in a hot field.

Our Inaugural John Parson’s Hotel Brokers Marathon was run for those with heart with 88 runners starting. Our course was set to test the runners with Brad Simmons taking out the first ORC member home in 10th position and Dan Benton 12th.  With our very own Sue Dean crossing the line in 4th position out of a tough field of 12 in the women’s.

The Waratah Early Learning Centre School Challenge startline was fierce with the Orange High School and James Sheahan Catholic School exchanging spine tingling war cries to the delight of the crowd. In the end the James Sheahan “Speed Demons” were able to accumulate the best times and take the Shield for the Secondary division just ahead of Orange High School- this was a great result as both teams have some top ORC runners in them. Canobolas Public were able to beat their large contingent of schools and run in well ahead of the others to take home the Shield in the Primary division.

As we thought from the beginning the new John Davis Motors Business Challenge was another bragging rights event.  It was hotly contested with Orange Motor Group collecting the prizes; apparently they have been in training for the past six months.Congratulations to all the ORC members who completed a personal best in their run.

Wednesday saw a little normality back at Elephant Park.  It seems the Festival has sparked some interest in running with people turning up to join as members and have all the fun each week.

Rod Draper and Mitch Williamson were seen shoulder to shoulder as they rounded the track.  Others backing up after the weekend to perform well were Lynda Chapman and James Hennessy as well as most of our marathon and half marathon performers trying to run out their aches and pains.

Regulars to pull something out of the hat were Logan Whiteley 1 sec, Alison Payne 23secs, Anthony Wilson 1 min 18 secs personal bests on the track.

Sunday will see us visit Sir Jack Brabham Oval at 10.00am where several distances will be on offer.  If anyone is interested in joining the Orange Runners Club just turn up half an hour before the run starts and we will organise you some paper work.

This is JR Runners (Jack Daintith and Kinisha Roweth) signing off after writing the spring and summer editions of our column.  Next week will be the return Mild Mannered Matt Dean to pen.  Have fun at runners. 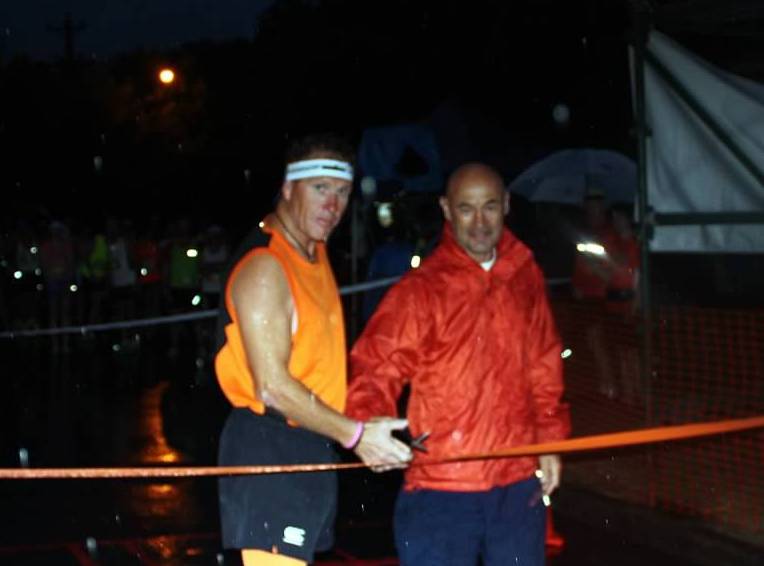