At Gosling Creek on a breezy Sunday morning 112 starters took to the course to tackle one of the three distances available. Grace Srzich (11:49) led the way over the shortest 2.5km distance, to not only be the fastest girl but also the overall winner for the day. Emma Rolls (12:13) was the second female home, just ahead of the consistent Tanya Connolly (13:11). Noah Tracey (11:41) was the quickest of the guys as he led home Wayne Stewart (12:43) and Oliver Chandler-Sullivan (13:28). In the 5km distance, Brad Simmons (21:02) stood tall to finish ahead of the colourful Frank Ostini (21:41) and Matt Dean (22:45). Amber Rich (21:40) finished with the fastest time of the girls by just one second from Leanne Corcoran with Estelle Dean (23:43), capturing third spot. In the 10km run, Meg Reeves (41:31) may have started towards the back of the field, but she then powered to the fastest time to finish clear of Ursula Wilson(44:46) and Alicia Ross (54:27). Trail runner David Ross (43:29) led home training partners Mitch Essex (43:44) and Iain McLean (43:53), while new starter Felix Koeppen (44:52) impressed coming in just behind these three.

At the Australian Masters Athletic Championships, held in Adelaide April 16 – 19, John West competed in and won the 5000m track walk (33:23) and the 10km Road Walk (65:52). He was also second in the 1500m track walk (9:43) and most pleasing for John was all of these results were personal best times. He also competed in field events with his best result fourth in the weight throw, seventh in javelin, hammer throw and discus and ninth in the shot put.

On Wednesday night a massive 125 starters hit the track with the dry weather and numbers seeing dust trails kicking up off the heels and many super times recorded. This was highlighted by 6 runners doing their three laps in under 11 minutes and twelve people recording personal best times (PB’s). The overall fastest runners was Connor Whiteley (9:50) and the fastest female runner was shared between Ella Lamrock and Ursula Wilson (12:18). The overall winner was Logan Whiteley (12:51) who ran a very consistent three laps.

A reminder of the upcoming Mothers Day run (Sunday May 8) at Botanic Gardens, with a starting time of 8:30am – collaboration with Taste Orange, Apple Festival Fun Run.

This weekend the Sunday Club run will be at Kinross Forrest, starting at 9am and also some members will travel to Bathurst for the CSU 10km/Half Marathon. Good luck to all. 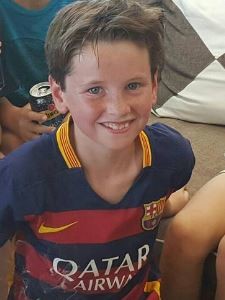