Stagecoach Road was the venue for Sunday’s run and a nice day for running saw some 90 odd runners tackle the slightly undulating course (Thank you John Betts).

It was good to see the majority of runners tackle the longer distances, includes a small hill and with a staggered start, everyone seemed to enjoy the run.

Sam Wilson (10:13) and Cameron Ross (11:59) sped over the 2km course with ease. Banjo and Henry Reeves (50:20) are down as completing the short distance also but actually got to do the scenic 8.5km journey with their hardworking mum, Meg pushing them all the way. Not to be outdone Dad, Adam, just ran out there from town (some 23km) and also completed the 8.5km to top things off.

Some great performances were put in from club members at the recent NSW Athletics Country Championships.

The girls competed in the same age group 30 – 39 with results including:

Nicole Williamson came First in the 800m and Third in the 1500m.

Mitch Williamson, competing in the Open division, was Second in the 800m and Third in the 1500m.

John West competing in the 60 – 69 age group recorded a great time of 20:24.16 in winning the 3000m race walk, while finishing Third, Fifth and Sixth in Javelin, Shot Put and Hammer Throw respectively.

On Wednesday night at Elephant Park, Nathan Sutherland (11:14) again finished top of the charts leading home the almost one hundred strong field, while Amber Rich (11:47) was the quickest of the girls. Hugh Thornhill (11:34) ran a 27 second Personal Best to secure the overall win, while other PB’s were ran by James Dean 1m32s, Dougald Hook 1m59s, Michelle Lang 1m20s, and Will Thornhill 25s.

Don’t forget the Colour City Running Festival (Feb 27-28) is coming and there is an event for everyone, runners and walkers are encouraged to enter for a fun morning of healthy exercise (2km junior challenge, 5km, 10km, 21.1km or 42.2km).

Each Team Challenge also includes a Perpetual Shield for the winning team.

Also the committee is now looking for volunteers to help out during this event. So please put your name and the time you are available to help out in the book that is at each club run.

This weeks run is at the Pinnacle starting at 9am near the Picnic area. 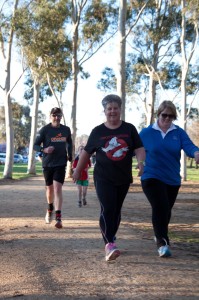