With lots of great results to report on I have a message from my Mum, the coordinator of the Orange Colour City Running Festival. “One of the marvellous things about our Festival and in particular the volunteers and sponsors that helped put on the show, was our festival has enabled us to help people in a way we couldn’t as individuals, When we pool our strength and share the work and responsibility we can welcome many people, help those in need and give many (this is some 1730 entrants elite runners to the casual walkers) enjoyment in taking the start line. This year we have made donations to the Rural Fire Service, 2nd Orange Scouts, St John’s Ambulance, the Orange Hospital Auxiliary, Spring Hill Public School, Spring Terrace Public School. Congratulations to everyone you should be proud of yourself and everyone associated with the Festival on what you have achieved”.

Now to the results from Sunday (Orange Runners Club Members), unfortunately I can’t list every one, so my apology to any place getters that I have missed.

In the 2km it was great to see a mixture of serious runners and the kids doing their first run. In some cases Mum or Dad were being dragged along for support or the other way around, but all got to the finish line in the end, even Happy the Dragon. Pheobe Litchfield stole the show with an impressive 7:54 as she kept the lead cyclist on his toes and Mitchell Cooper was 2nd home and the first boy in 8:22.

Orange Runners Club (ORC) members powered into the 5km race with many younger ones backing up from the 2km race on Saturday. Young gun Connor Whiteley won the day with a brilliant time of 17:38 finishing ahead of another outstanding athlete Brandon Connolly (18:08), while Brad Simmons (18:39) kept them honest. All three won their respective age groups.

Liz Simpson (20:16) was the 3rd female to finish while also finishing 2nd in her age group.

Other ORC Age Category Placegetters in the 5km were:

The 10km race was dominated by the elite runners but ORC members picked up many age placings:

In the half Marathon Estelle Dean had the standout performance from ORC members with her time of 1h35m13s placing her 4th overall behind Jane Fardell and finishing first in her age category. Iain McLean was the fastest ORC runner at 1h32m, while great runs were put in by many of the ORC regulars.

Keeping it in the family, Sue Dean (3h25m48s) not only took out the early bird prize of an Electrolux fridge, she was the fastest of the locals in the Marathon, with an amazing 26 minute improvement on last years time and finishing 2nd female overall and 1st in her age group. Using a bit of writers licence well done to dad (Daryl Roweth) who managed a 17 minute improvement on last year with a 3h35m11s run. Mitchell Essex (3:36:37), Ursula Wilson (3:57:44) and Simon Lun (4:25:43) were the other ORC members to tackle the long run.

Wednesday nights run saw a large 114 odd starters hit the starters line with Mitchell Williamson again the quickest with a 9:56 time recorded for the 3 laps. Grace Bright was the overall winner with her 4m9s personal best time of 16:48 leading the way amongst a host of PB’s.

Kim Jarvis 1100 runs and Mike Cooper 300 runs were given certificates recognising their acheivements.

This Sunday the run is at Pinnacle starting at 9am and the Wednesday runs will be changing to a starting time of 5pm at Elephant Park starting next Wednesday. 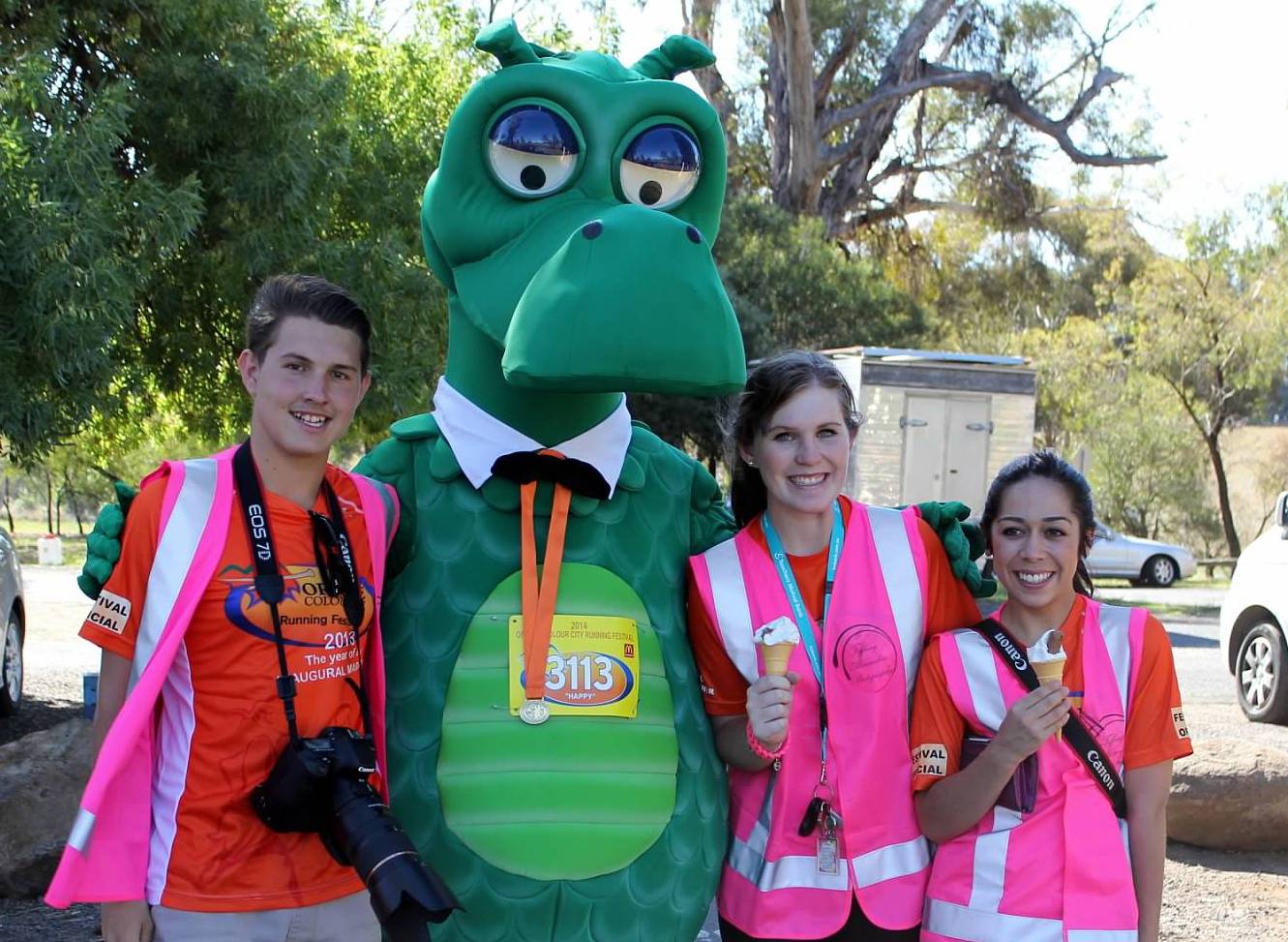