On Sunday out at the Pinnacle course around 50 members took to the course with 3 distances available. Craig Penrose (17:08) was first across the line in the 3km run finishing ahead of Hugh Corcoran and his dad Jamie. Rebecca Lincoln (22:01) was the first lady home, with experienced runners Glenys Rosser and Lynda Chapman coming in second and third. The speedy Brad Simmons (32:21) cleared away from Jack Daintith and David Gibson, who picked up second and third in the 7.2km middle distance run. Finishing close behind Simmons, Amber Rich (33:42), scored first spot in the ladies, with Lily Craig and Rebecca Murphy doing well for second and third. Completing the 10.2km long run, Mark Chapman again led the way with a fantastic 47:56 minute run to finish in front of Anthony Daintith and Peter Meuller. Penny Chandler (55:49) proved too strong in the ladies long run, but was kept on her toes by placegetters Amanda Gregor and Cleopatra Nam.
Carolyn Zimbiti who also put in a big effort on the long course was the overall winner.

Wednesday night saw the rain clouds clear just before the start of the run and with a mass start some 58 keen runners circled the track. Jack Daintith was the fastest with 11:14 for his three laps, while Helana Griffiths with a 1m16s personal best time (15:46) took out the overall handicap win. Also running PB’s on the night were Ursula Wilson 17s, Glen Griffith 22s, Cleopatra Nam 23s, and Eidan Monks 1m39s.

Long time Orange Runners Club member, John West recently competed in the State Masters Athletics Championships at Glendale near Newcastle. He came second in the M60-64 5000m walk in a time of 37m56s. John won the Javelin and was second in the Discus, Hammer Throw and Weight Throw to cap off a successful weekend.

Thank you to Peter Smith Pharmacy for their donation of $323.81 to the club from the sale of Chem Mart brand products during the month of February. Thanks to Peter Smith Pharmacy we will now be able to buy a new barbecue for our social gatherings.
A reminder to people who have ordered singlets, could you please arrange payment and collection from Jane as soon as possible. Anyone wanting a singlet, we have surplus stock so please see Jane.
The Rotary EXPO will be held at PCYC on the 16th March. We will be promoting our club at the EXPO, however we really need volunteers to help on the day. If you have a spare hour or two, please see Mike Cooper, Frank Ostini, Jane or Bill Fairgrieve.

This Sunday the run is at the Botanic Gardens. 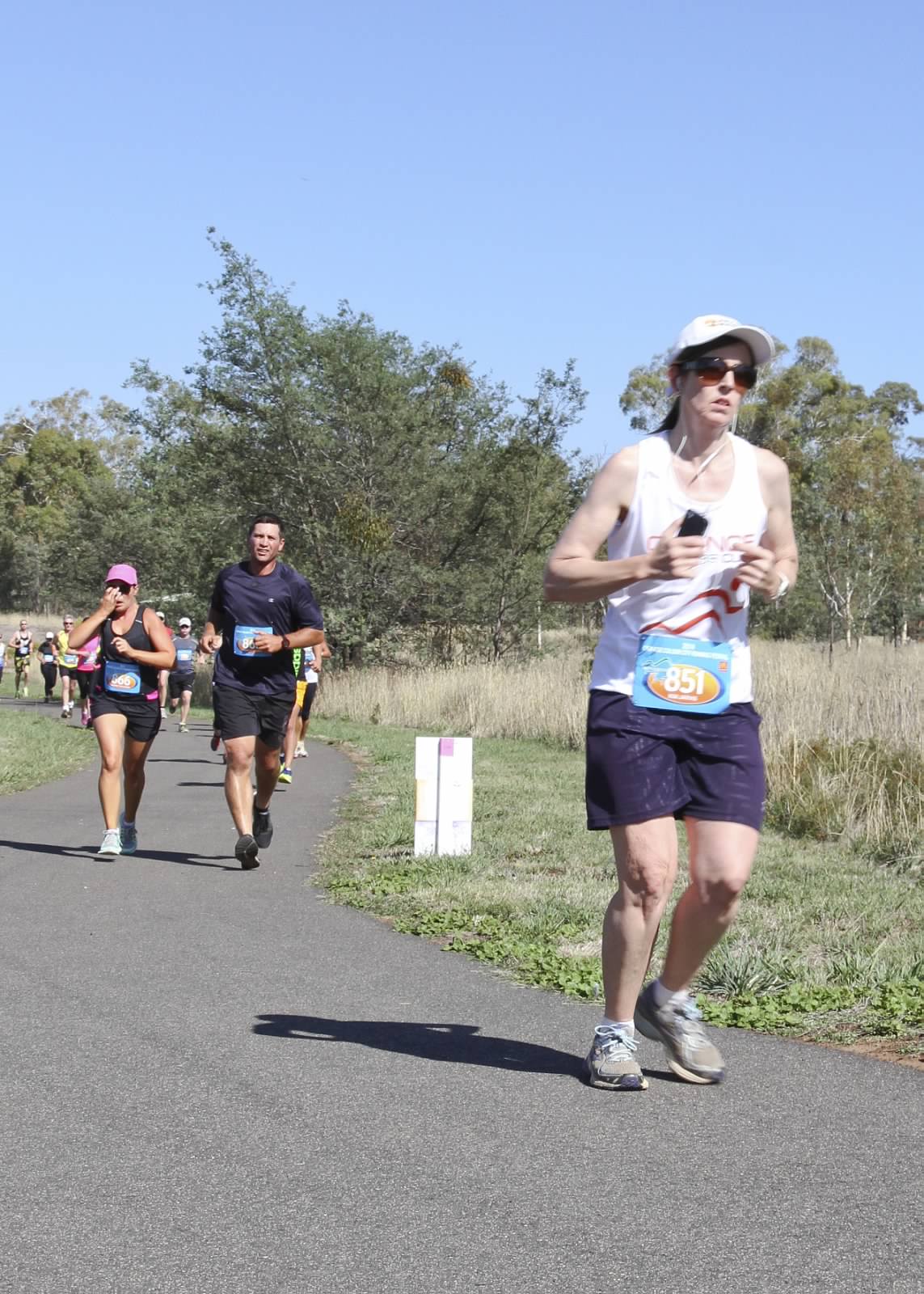 FULL OF RUNNING: Kim Jarvis competes in the 10km race at the recent Orange Colour City Running Festival, where she ran a great time of 55 minutes and 04 seconds. Jarvis was last week rewarded with a certificate for 1100 club runs, which is the fourth highest overall and the highest female in the Club’s history.