Jack and Jill Went up the Hill

In the 3.5km event, young Connor Whiteley was first to complete the course with its gruelling incline, finishing just in front of club mate Jack Dainith. Lauren Kerwick was the first female to arrive only moments afterward in 3rd place overall.  Brandon Connolly was soon to join the ORC placegetters with the more senior Dainith, (but very young at heart), Anthony, close behind.

Both Connor and Lauren were the first male and female primary student competitors, respectively receiving a medal and $50 prize money.

In the 8km event Rod Draper was the first ORC member to cross the finish line in 2nd place followed by Kyle Ostini 3rd, Brett Rosser and Frank Ostini.

Laura Wolfson was the first female to finish comfortably, taking home a medal together with a very impressive $250, not a bad day’s effort!!!

A special mention also concerning Joel Kitto’s effort.  Joel’s fortitude is to be applauded, whilst still in the process of recovering from a major accident earlier in the year, together with wife Sally and pace setting companion Bryce Ostini, Joel  took the somewhat challenging conditions head on.  A great run Joel, only just being outdone in the final few metres by your sprint finishing buddy, thanks for letting me win!?!.  Keep up the inspirational good work Joel.

Congratulations also to the organisers of the Blayney Church Hill Climb, apart from a few minor initial teething problems, the event was a huge success raising over $4 000 for their local primary school.  On the whole it was a very enjoyable Sunday morning and ORC members look forward to patronising this event in the future. Undoubtedly the event will become famous throughout the land attributable to the notorious hill, the same of which numerous club members made various comparisons most similar to climbing Everest.

Wednesday atElephantParksaw only 37 dedicated members participate in rather unseasonable cool and blustery conditions.

Five PBs were recorded, Danielle Williams (12 seconds) and the consistently improving Daryl Roweth (13 seconds).  Anthony Dainith (7 second) and Joel Kitto (5 seconds), both convalescing, were again in attendance mid-week as they steadily and notably strive to reclaim their personal best times.  John West also achieved a PB completing the three laps in a fast walking pace of 20:19.  Oscar Williams was the handicap winner on the day. Well done to all, especially considering the rather moist track!

Just a reminder that our annual Christmas Party/Presentation is scheduled for Sunday December 4, therefore it is imperative, if you plan to attend, that payment of $10/single or $15/family (in a sealed envelope together with your name and number attending) be received by Frank ASAP for catering purposes.

Sunday December 4 is also the Daniel Middleton ‘Trek to the Top” memorial event which will start at the base ofMountCanobolas(the Mountain Tea House) and ascend 6km to the summit finish. The annual trek celebrates the life of former James Sheahan Catholic High School Captain Daniel Middleton who tragically died atLakeCanobolasin 2002.  The event is essentially a non-competitive one, and awards for placegetters are not officially recognised.  The symbolism of the trek is that we all have uphills in life, but for families who lose a child it’s something they face every day.  Walk, jog or run it would be wonderful for members to show their support.

This Sunday’s run will be held atBulgas Roadwith 3km, 5km & 10km distances promptly starting at 10am.  A reminder also that commencing in December the various Sunday runs will start at an earlier time of 9am. 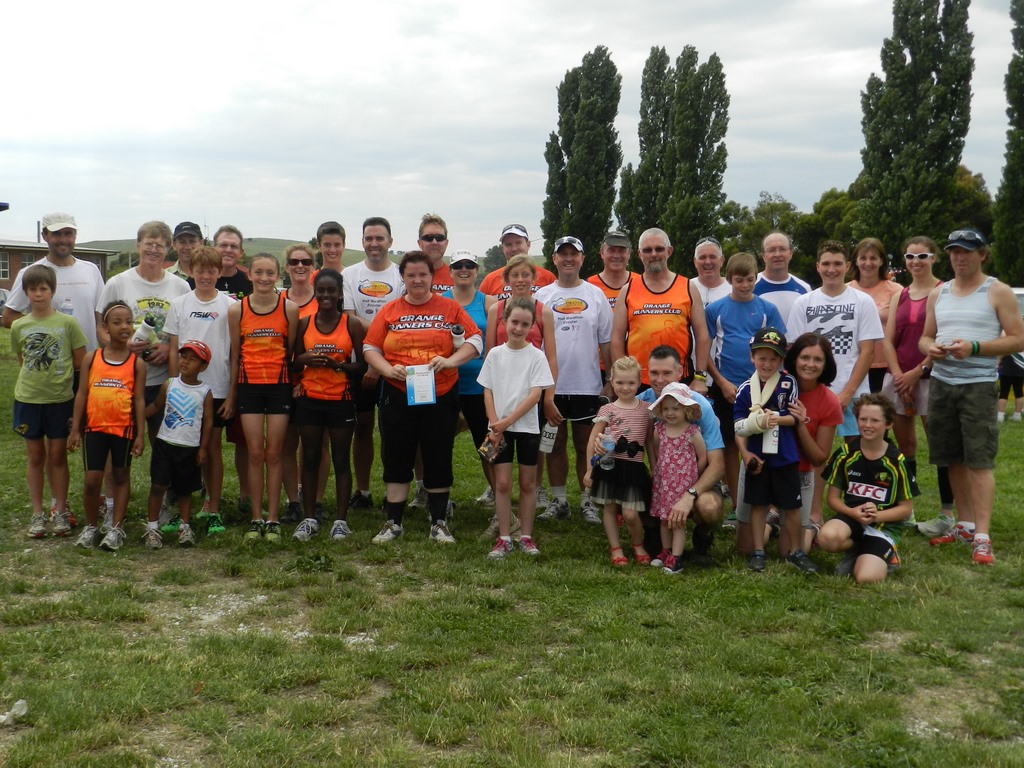