Last Sunday our club run was held at Lake Canobolas with around 100 starters. Amber Rich was the standout over 3km with a super quick 13:15. Following her in second place was Xanthe Keegan (14:30) and Katherine Lindsay (15:50) was third girl across the line. Lachlan Ross (15:51) was the fastest of the guys ahead of Michael Sharp (16:26). John Keegan (16:38) got Jamie Corcoran by 1 second to come in third spot.

Doing a 9km run, (or 3 loops of the lake course), saw David Ross power to the outstanding time of 36:31 as he finished a little faster than leading lady Meg Reeves (37:24). Next best of the males was Anthony Daintith (41:04) and Tim Scrimshaw (41:33). The ladies placings were filled by Kim Jarvis (48:27) and Amanda Gregor (51:14). Overall winner on the day was James Harvey who ran 6km in 28 minutes and seems to be running back into a bit of form and fitness.

On Saturday a few of our members also ventured to Newnes near Lithgow to do the Glow Worm challenge. Competing in the tough Half Marathon, Iain McLean (1h53m30s) was our fastest runner finishing 22nd overall. Leanne Corcoran continued her great running form to stand on the top step of the podium being the first lady home in 1:56:19. Mitch Essex was hot on Leanne’s tail some 5 seconds behind her. Jessica Richards ran a strong race to finish not too far away from the front runners in 2:03:14.

Adam Reeves (29:49) ran in the 6km Bolt finishing third in his age group and inside the top 10 finishers.

Meg Reeves also ran in one of the shorter events, I don’t have her time but I believe she was first female home.

In the School cross country events held recently there were many great performances and my apology to any one I have missed, but Xanthe Keegan and Connor Whiteley have now both qualified for State All Schools cross country.

On Wednesday Night we reverted to the old manual time system due to the poor weather. Jack Daintith was the quickest runner again recording 10:36 for the three laps, while Estelle Dean was not far away with an 11:47 to be the fastest lady. Chris Hayward was the overall winner after running a strong time of 12:01, while Hugh Daintith continued his steady climb up the time sheets with a PB inspired 12:47.

This Sunday the run is at Gosling Creek (old course) which means you have the choice of 2.3km – 1 lap of Gosling Creek main path, 4.6km – 2 laps of course or the 9.6km which is 1 lap of the course, plus a run out Bargwanna Road to the tee intersection and then go back the way you came including a reverse lap around the Gosling Creek pathway. 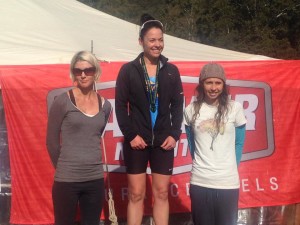 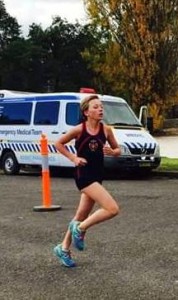