Last Sunday saw a break from the normal club run with many members travelling to Dubbo for the stampede or Bathurst for the Edgell Jog. Of the Club members to head to Dubbo, many brought home trophies while others just enjoyed the experience. Highlighting this was one of the clubs quite acheivers in Stephen ‘Blackie’ Blackwood, who lined up as the only ORC entrant, with the 60 odd other runners to tackle the first ever Dubbo Marathon. Blackie completed the marathon in a solid 4h 53m 38s in a super effort.

In the 5.5km one lap sprint around the Zoo our own Connor Whiteley smashed out a 19:00 minute run to win the race, beating a strong field including seasoned running coach Sean Williams who finished third. Brad Simmons finished fifth overall and second in the 40 to 49 age group in a time of 21:02. Young Luka Mihalich also picked up first place in the 12 to 13 category while finishing as ninth male overall with a great time of 22:20. Not to be outdone the ladies picked up three top 10 placings as well, with Janet Martin (22:45) third overall female and first (40 – 49). Charlette Simmons (22:54) finished one place behind Janet, yet was third in a strong 12 to 13 age category. Finishing second in her 14 to 15 age group and 7th female overall, Kinisha Roweth also ran a consistent race recording a time of 25:21. The Bangert family also did well out of the 5.5km race with Ricky (23:18) winning his (10 – 11) category, while Elliot (25:37) under 10 and Fred (25:36) 30 to 39, both finished third.

In the Half Marathon all Orange runners ran well but Iain McLean was the fastest finishing eighth overall in 1h 26m 12s, while Ursula Wilson (1h 35m 53s) was fourth female and first in the 40 to 49 age group. Alice Munro continued her great form to come in eighth female (1h 42m 16s).

At Bathurst for the Edgell Jog and headlining the great performances from our runners was again Mitch Williamson, who finished third overall over the 7.5km course in 25:11. Amongst the top 10 finishers in the girls were Nicole Williamson sixth, Amber Rich seventh and Carrie Williamson tenth. Coming first in their age categories were Mitch Williamson 17 – 29, Amber Rich 17 – 29, Ella Lamrock 9 – 10 and Brian Rix 70 plus. Mark Chapman came home second in the 50 – 59 age group, while Noah Lamrock 11 – 12 and Wayne Stewart 60 – 69.

On Wednesday Night a smaller than normal turnout saw Connor Whiteley (11:08) and Jack Daintith (11:10) do the fastest 3 laps but hot on their heels was Brad Simmons who ran 11:14 and secured the overall win. Personal Bests were ran by: Thomas Lloyd 3s, Madeleine Owens 20s, Joanne Locke 1s,

Entries are now open for the 2015 Orange Colour City Running Festival to be held on February 28 and March 1. Check out the website for information on event details: orangecolourcityrunningfestival.com.au.

Please mark down on your calendar, the relays at Elephant Park on 28 September, as we will have a special guest – Jordan Cheney will be attending.  Jordan is an ex-vice president of the club and did a lot of work for ORC.  There will be a BBQ following the relay and a gold coin collection will be taken up for Cancer Council.  We are looking for old ex members of the club who know Jordan, to attend the relay and/or the BBQ.  We are hoping for a good turn out of new and old members.

This weekend the club run is at Berrilee Road at 9am with the usual distances here 4km and 8km with a few small hills. 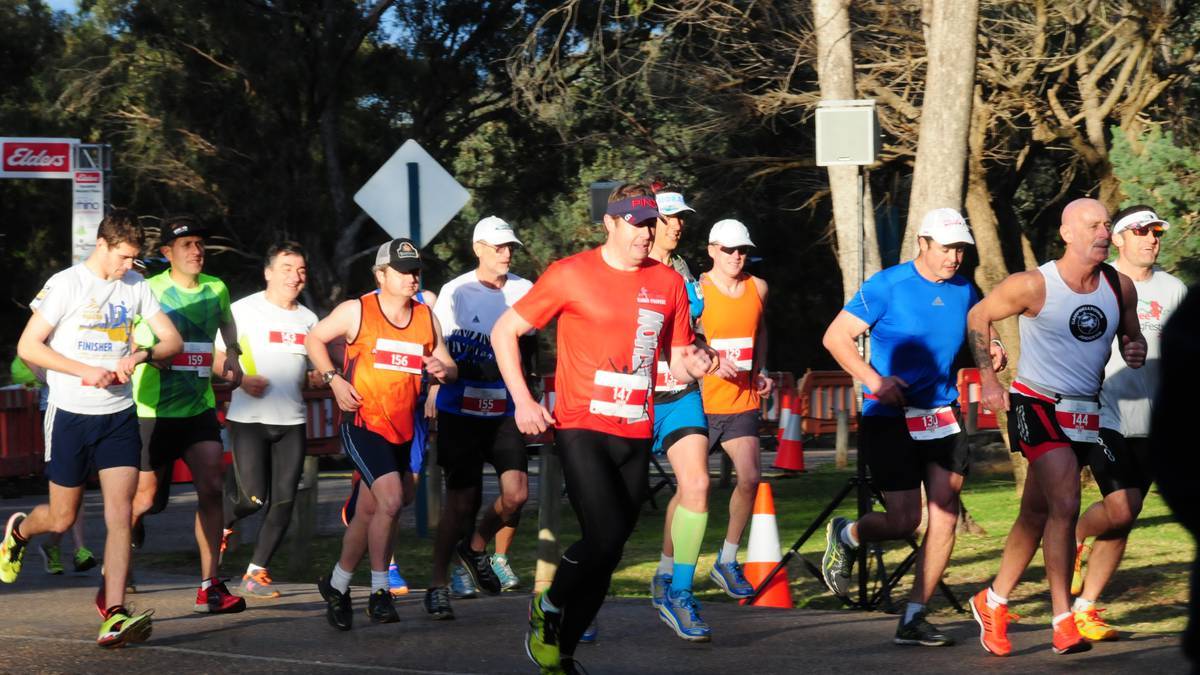