The big question for the day is how much shopping can those ladies from runners do? Yes a bunch of ladies are on their annual weekend away in Sydney. Good luck to all the ladies who are participating in the Blackmore’s Running Festival tomorrow. I believe a truck has been ordered to transport those extra shopping bags home.

Last Sunday in what can only be described as the perfect spring morning forty five runners escaped to the tranquillity of the Berrilee Road Run amongst the wildlife and bush surrounds. In the 4km distance lots of runners achieved a personal best on that run. Jack Daintith created dust with a time of 16.54 minutes and Amber Rich was doing her best not to choke on his dust and finished just behind him with 17.38 minutes. John Connolly second and Jim Rich third males to cross the line. Lily Craig and Michelle Whiteley second and third respectfully came home strong for the girls.

The 8.1km guys seemed to be pushing for records and the race was on, Nathan Sutherland 34.01minutes and Anthony Ellison 34.03 crossed the line with less than a heartbeat between them. Iain McLean finished third in the males. Ursula Wilson set a blistering pace for the women with 42.49minutes while Amanda Gregor second and the ever improving Kaye Davis collected third.

From the sidelines Dave Craig was trying his best to beat his daughter Lily to the line, but bragging rights are Lily’s for this week. Sally Kitto had a watchful eye on her husband Joel who was last seen well ahead pushing the pram – lucky for him, their daughter Josephine slept most of the way.

Brian Sharp only just found out that the City to Surf organisers made a mistake and incorrectly placed him third in his age group. He actually had won his age group and received his trophy today.   So big congratulations to Brian in a race of this size and status this is huge.

Wednesday’s Elephant Park run welcomed several new members. If you are interested in joining come along on Wednesday around 4.45pm and ask some of the regulars where to go and what do to.

Last Wednesday results saw Mike Cooper collect the handicap winner’s prize. David Ross managed a 1 minutes 10 second personal best what an achievement. Others to reduce their times were Sabrina Manicham 43 seconds, Chelsea Gregor 23 seconds, Alexis Mastronardi 7 seconds and Erin Gibson 28 seconds. It is great to Russell Tym running constantly, I wonder if he is planning something big? Bill Fairgrieve was looking very happy with his run and Ella Lamrock was in fine form completing her 3kms in 12 minutes 23 seconds. Helen Roberts is returning to the track after her recent illness and is attaching each stride with gusto.

Upcoming events for your diary are the relays at Elephant Park on 28 September, as we will have a special guest – Jordan Cheney will be attending.  Jordan is an ex-vice president of the club and did a lot of work for ORC.  There will be a BBQ following the relay and a gold coin collection will be taken up for Cancer Council.  We are looking for old ex members of the club who know Jordan, to attend the relay and/or the BBQ.  We are hoping for a good turnout of new and old members.

The Forbes Rotary Fun Run is on the 12 October 2014. Check it out there may be a distance just for you. The Carcoar Cup is on in early November, keep these dates in mind and train appropriately for them.

A reminder that the entries for the 2015 Orange Colour City Running Festival are now open. Make sure you have a look at their website for details orangecolourcityrunningfestival.com.au.

Tomorrow’s run will be at the beautiful Lake Canobolas with several distances on offer. See you there. 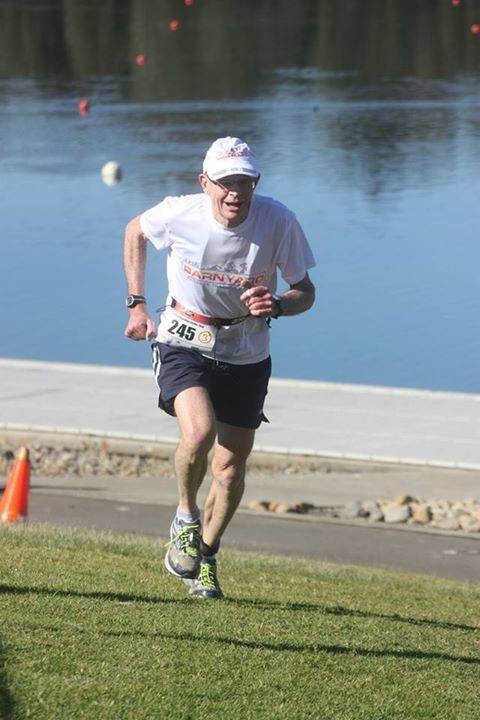