Jane and Bill Fairgrieve were in Liverpool this week and  took the “ferry across the Mersey” to Wirral where they met up up with our “sister city” running club, Birkenhead Athletic Club, Representatives, Norman, Margaret, Jerry and Jerry’s wife, Irene.  Norman and Margaret drove us around the district of Wirral and showed us various running tracks the BAC use during the 4 times a week they meet.  To say it is a lot different from our running scenery is an understatement, beautiful country  tree lined roads and tracks, parklands, seaside and of course a few hills here and there.  One run we were very impressed with was to a local pub called the Wheatsheaf built in 1620, a quaint little place with a thatched roof and beautiful hanging flower baskets.  Margaret and Norman said the club runs to the pub and then turn around to run back.  We immediately thought, in typical Aussie style,  why  would you want to run back, a pint of the finest ale would seem more appropriate!  BAC have planted spring bulbs on one of their tracks which they call Inspirational Lane and we were lucky enough to be given some daffodil bulbs to plant along the roadside, so hopefully, ORC has made its presence known in future years in the beautiful English countryside. At night Jerry and Irene took us out to dinner and we also had a tour of the Wirral Town Hall.  In the corridor of tropies we saw the plaque presented to Jerry from Orange City Council during his visit to Orange in September 2011.

The members of BAC pass on their kind regards to ORC and wish us all well in our future pursuits with running.  To this end we would like to publicly thank BAC for the kindness shown to us during our visit.  Similar to our own club,  it is obvious that BAC  members offer  friendship, support and respect to their their club and members, and  also to their “sister city” members. 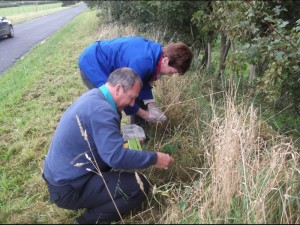 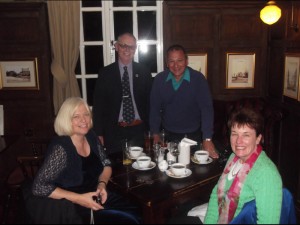 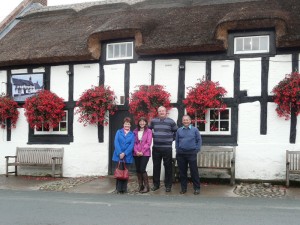