After the hype of the Running Festival the Sunday club run returned with the enjoyable Endeavor Park version of the Elephant Park run. Sixty five members recorded times on the day evenly spread across the three available distances. Tanya Connolly was the fastest runner over the 2.6km one lap run with a strong time of 14:27. Monique Connolly was not too far behind mum, to be second female finished. While Jennifer McLean was third. Craig Penrose (14:27) was the fastest male as he lead home son Bailey and Gary Taylor claiming third spot.

Jackson Boucher powered through the 5.2km distance in a strong 21:56 to lead home Jim Rich and Noah Lamrock as they beat a competitive field to the finish line. Amber Rich continued her consistent performances when she ran 22:50 to be first lady home. Continuing her return to running, Liz Simpson ran into third spot overall and second lady home as she relegated youngster Ella Lamrock to third female.

Meg Reeves also keeps setting the pace with a speedy 31:24 to be first finisher over 7.8km. Of the girls, Leanne Corcoran ran into second spot ahead of Naomi Boynton. Mark Chapman (33:27) came in second place overall as he lead the way for the lads with Paul Centofanti second and Stuart McGarva third.

The overall winner was Fletcher Harvey who completed the 2.6km run in 21:23.

On Wednesday there was a threat of rain in the air at Elephant Park, with thunder in the background and grey clouds looming it was decided to get everyone started together to beat the weather and so another Elephant Park 3 lap scramble, run walk. Jack Daintith was again the quickest scorching the track in 10:21. Hot on his heels pace wise was Meg Reeves who ran another scintillating 10:36.  Those runners to record Personal Bests and there was a lot of them, were: Jack Daintith 8s, Molly Dean 38s, Jessie Dean 21s, Hugh Daintith 43s, Bailey Penrose 3min, Simone Thompson 1m,14s, Lachlan Ross 3s, Ati Sadr 6s, Patrick Hakkinen 8s, Joy Harvey 1s, Mark Harvey 6s, Danny Burton 42s, Stuart McGarva 11s, Naomi Boynton 13s, Mackenzie Palazzi 4m3s,  Christie McGreal 17s, Felicity Palazzi  13m27s, Eliza Palazzi 3m19s, Damian Harbrow 1m14s and Ki Schwarz 6m27s.  Jack Daintith recorded the fastest time with a solid 10:21 while Meg Reeves was not far away with a 10:36 as the quickest female.  The overall winner was Mackenzie Palazzi and she ran a very strong 13:55 that included one of the fastest last laps with a speedy 3:34.

Good luck this weekend to our runners doing the 6 Foot Track race in the Blue Mountains. I know of Leanne Corcoran, Mitch Essex, David Ross, Iain McLean and Brett Sammut who will be tackling this tough challenge.

Just a reminder that photo’s and results are on the Running Festival website.

This Sunday the run is at Gosling Creek and we are doing the old course. 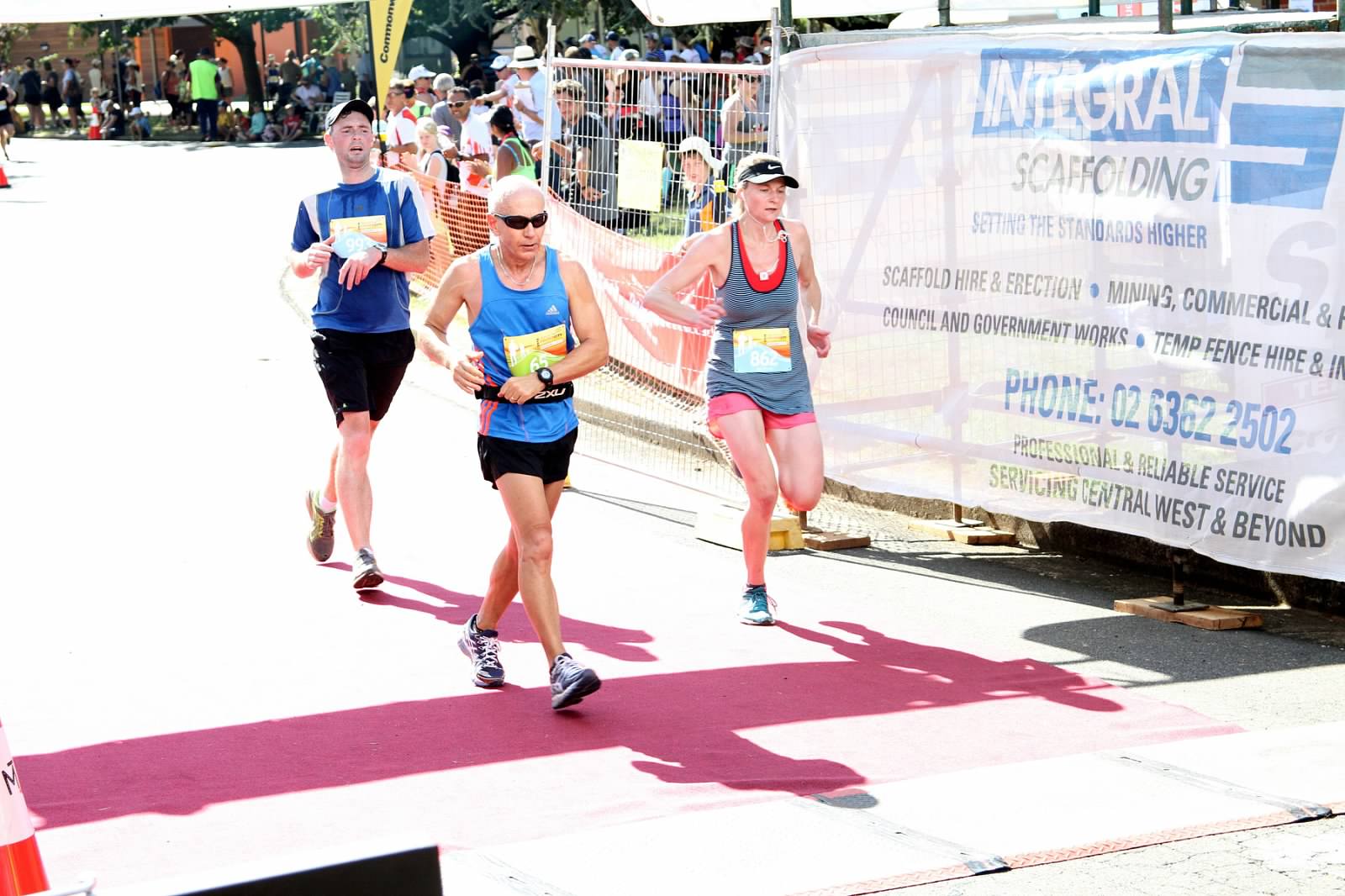 FAST FEET: Meg Reeves (right) finishes the Orange Colour City Running Festival 10km race as fifth female and 16th overall in a time of 43:10. Meg has been leading the way in most club runs over the last couple of months.