On the last Sunday before Christmas a slightly smaller group of runners (around 70) tackled the picturesque Lake Canobolas track. With a choice of 1 or 2 laps of the 3km circuit, the pace was on from the start with Amber Rich leading the way with a speedy 13:09 to be the fastest overall. Only 20 seconds behind Amber was the 2014 Runner of the Year, Leanne Corcoran, while Ella Lamrock powered into third place. Iain McLean (13:29) was the fastest male leading home a large chasing pack with Peter Mueller and Logan Whiteley finishing with identical times, to fill the placings.  An even larger group tackled the 6km race with Jack Daintith (24:40) leading home the 26 strong male field. Just behind Jack, was the trail running David Ross and Dan ‘Coach’ Benton, with impressive runs from youngsters Lawson Hamling and Lachlan Ross finishing well under 30 minutes. The impressive Jessica Richards (26:37) was a clear winner in the girls run, with the athletic Kinisha Roweth, running into a strong second place and the consistent Kim Jarvis was third lady home. The overall winner on handicap was another very impressive athlete in Basil Baldwin who ran out the 6km in a very solid 31:44.

After Christmas an even smaller group of 40 odd runners attempted to run off their Christmas cheer on Sunday at Endeavour Oval. Again Amber Rich was a standout with a super quick 10:32 for the 2.6km 1 lap circuit to lead home Erin Gibson. David Gibson was the fastest of the guys with a solid 12:43 to finish in front of placegetters, Craig and Gary Penrose. In the 5.2km run, Brad Simmons (21:25) was the fastest, finishing clear of the solid running Tony Fitzpatrick and Paul Cantofanti.  President Jane Fairgrieve took the lead in the ladies run with a strong 29:37 but was chased all the way by Alison Spurway and Julie Fitzpatrick.

Jarod Sullivan took charge of the 3 lap 7.8km race, registering a time of 30:21 to finish in front of the easy running Mitchell Essex and Mark Chapman. Of the ladies, Sue Dean (35:18) was the quickest. Kinisha Roweth and Kim Jarvis again filled the second and third placing’s, showing great consistency, while special mentions go to Tiffany Roweth who was one of the few runners to complete the 7.8km run and Ian Spurway who kept on going round and round to end up doing 5 laps.  Overall winner was Stephen Blackwood who completed the 7.8km run in 36:51.

On the last Wednesday night of the year (New Years Eve), at Elephant Park, just over 30 runners turned out to get in that final run of the year. Brad (Comrades) Simmons was the fastest easing around for an impressive time of 11:23. Kim Jarvis continued on her recent consistent running to be the fastest female with her 5 minute laps giving Kim a finish time just over 15 minutes. Julie Hudson secured the overall handicap win by also running a super even paced 15:42. Standing out with Personal Bests on a warm afternoon were Lachlan Ross who ran a fast 12:53 for a 1 second PB and Noah Tracey 14:23 for a 20 second PB.

This Sunday the club run is at Gosling Creek with a slight change to the normal course with the run staying within the Gosling Creek precinct (not going out Bargwanna Road) and the distances will be 2.5km, 5.65km and 11.3km. 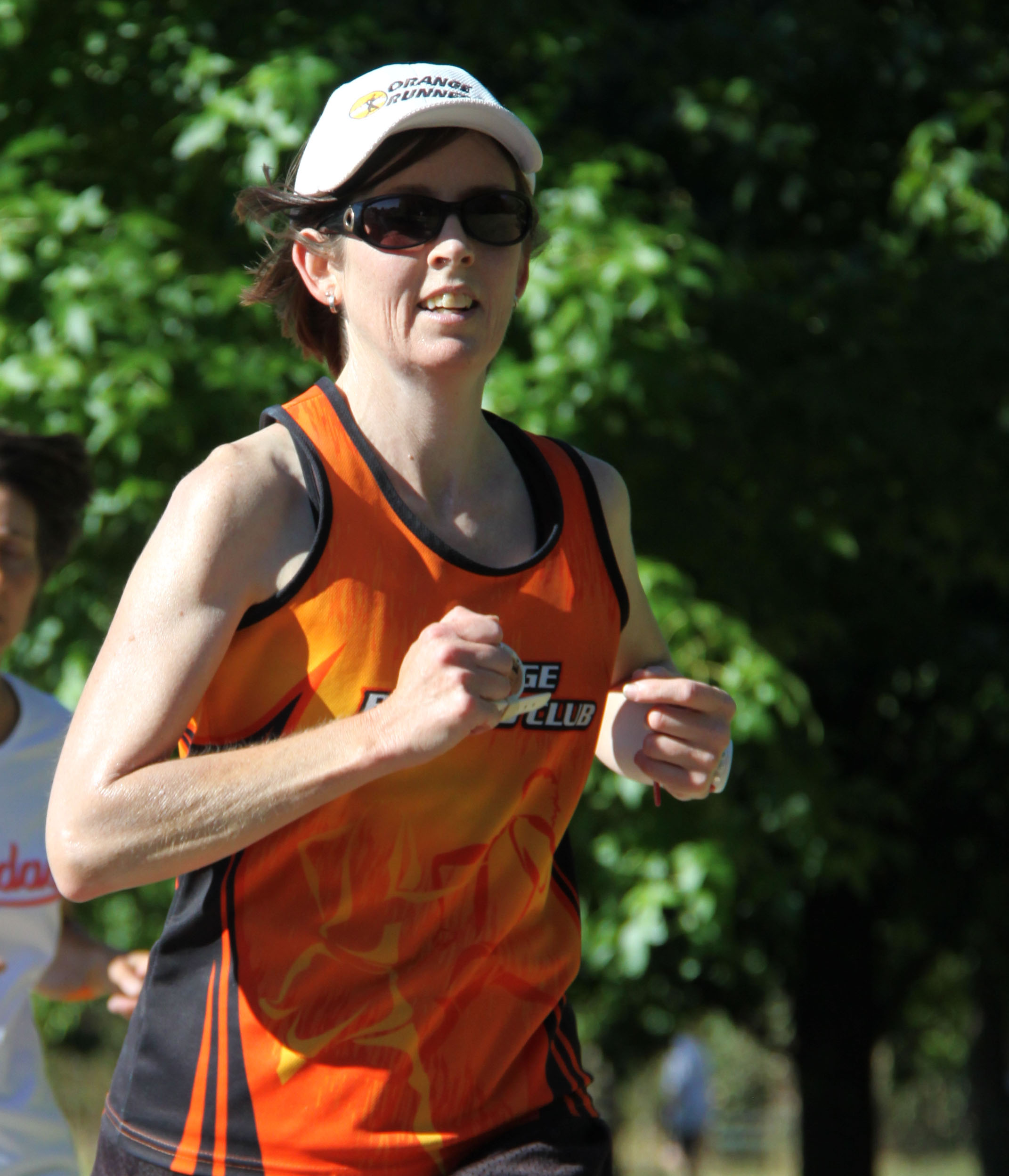 LEADING LADY: Kim Jarvis has been ultra consistent of recent weeks, placing most weekends and being the fastest female runner on Wednesday. Kim also has the third most amount of club runs overall with 1143 starts.