Saturday night saw a successful season for many members celebrated at the annual Christmas Party presentation. A big thankyou to the organisers and to Sue Betts and her catering team for the lovely food.

On Sunday 83 runners tackled the 1 hour challenge around the 1.6km Elephant Park Loop. The pace was on from the start with many fast laps recorded but the main goal was to test yourself over an hour if you could make it. Leading the charge to be first to cross the finish line with 8 laps completed totalling 12.8km’s in a time of (57:53), surprisingly, fastest was (Dad) Daryl Roweth. Estelle Dean was second home and fastest of the ladies with a time of (58:41) for her eight laps. They were declared joint winners on the day. Matt Dean (59:12), Jessica Richards (59:20) and Tina Kiho (59:46) also completed their eight laps inside the hour. There were many runners and walkers who pushed themselves to take up the challenge of lasting for between 50 and 60 minutes. Well done to all.

Also on Sunday our Club Runner of the Year Meg Reeves, travelled to Stockton near Newcastle and took on the Red Bull Dune Dusters 10km challenge. In a strong field Meg ran a time of (1:03:28) to be the second female finished and eleventh of all starters.

Courtesy of their personal bests Connor Whiteley, who ran an amazing (9:26) and Lauren Kerwick (10:49) finished as the fastest male and female respectively. Also with his PB inspired (11:53), 2015 Junior Runner of the Year Lachlan Ross, was the overall winner on the day.

Also don’t forget you can now enter in your chosen event at the Colour City Running Festival, so take advantage of the early bird entry period and get your entry in soon.

This week the Sunday club run is being held at Clergate. 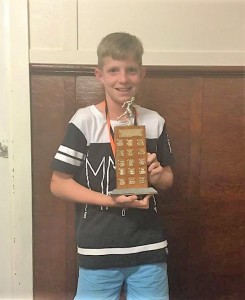