On Sunday Runners Club ventured out to the Kinross Forrest track for another little run on the slightly undulating course. A big thank you to Jane and Bill for filling in for the usual course markers, and checking and marking the course, although the paint supplier / sponsor didn’t get his regular plug that Mike gives. Also it would be of interest to get runners feedback on the straight out and back course for all distances, as I think this is better for all concerned, with regards to runner safety for lost or slow runners.

Team Martin hit the track running, with Sophie (9:12) leading the way for the girls over 2km to secure the overall win on handicap as well as finishing just 1 second slower than the fastest of the guys, Noah Lamrock. Second place in the girls was claimed by Ella Lamrock (10:37) with Tanya Connolly (11:59).  Sam Wilson (11:24) was not too far behind Noah, while Peter Mueller (28 mins) took things easy finishing in third spot.

With the 4.8km out and back course, I am told it is slightly easier than the normal loop, which includes a bit of the Bulgas run, but I am not so sure, as it all seems pretty tough to me except for the last few hundred metres of the run down to the finish. One thing is for sure, if the 4.8km loop course is harder than that, I will stick solid with the 9.1km out and back run. Jack Daintith (21:24) was the fastest over the 4.8kms, as he finished clear of Jackson Boucher (23:41) and Anthony Wilson (25:12).  Leading the competitive girls group was Alicia Ross (24:02) while Brooke Martin (26:22) was second continuing the families good results and Kinisha Roweth (27:24) was third.

Putting in a strong 9.1km performance, Anthony Ellison (40:19) got clear of a fast finishing Mark Chapman (43:22) and Stephen Martin (43:29). For the girls Ursula Wilson (45:12) was again at the pointy end of the field, while Karyn Vardanega (48:39) continued on her march up the time sheets to force the super consistent Kim Jarvis (54:58) into third spot. A big congratulations to youngster Cameron Ross, who did the long run, his furthest run and smashed it out in 64 minutes. Looks like he is following on in dad’s footsteps, another ultra trail runner in the making?

On the weekend at the Western Sydney Marathon, held at the Regatta Centre in Penrith, Michelle Lang ran her first half marathon in pretty extreme temperatures and completed it in (3:05:26).  Also doing her first half marathon was Susie Patey who managed a great time of (2:44:59). Brett Sammut did his umpteenth marathon finishing in 4 hours 40 minutes.

On Wednesday night with the warm weather and back to school, over 100 runners and walkers were on the track at Elephant Park. There were many runners setting a cracking pace with Jack Daintith (10:36) again topping the charts and Meg Reeves (10:47) hot on his heels. Young Dylan Crisp ran (12:55) which included the fastest lap of the night a scintillating (3:15) to record a massive 1 minute 43 second personal best time to secure the overall win. Other personal bests were set by Sally Kitto 2s, Alicia Ross 1s, Fiona Montgomerie 19s, Anna Macpherson 43s, Jessie Tudor 30s and Harry Cummins 19s. A great addition to the timing system was the new big screen display mounted on the shed wall. It was great to be able to see my finish time after the run, Thanks CSU.

Don’t forget the Presentation and Christmas Party coming up soon (Nov 28). So please see Jane, Bill or one of the committee members and get a form to nominate someone for the Senior or Junior Runner Of the Year award.

This weekend the Sunday run is at Gosling Creek starting at 9am. 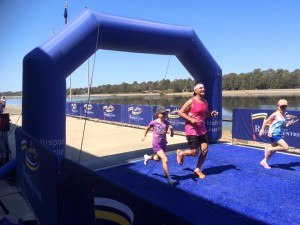