Unfortunately last Sunday the planned BBQ after the club run was postponed due to the terrible weather, but surprisingly, for the actual run the weather gods smiled on Elephant Park with no rain or wind of note for the 60 odd runners to enjoy the morning run. After a slow start where everyone was reluctant to get going, the pace was set by the front runners, with Jack Daintith (9:58) and Amber Rich (10:31) the respective fastest runners in the one lap, 2.6km Endeavour Park loop. Jess Quinn (13:34) was the next fastest female behind Amber, with consistent placegetter Tanya Connolly (13:58) coming home in third spot. Brothers Cameron (13:57) and Lachlan Ross (13:58) had a close finish as they picked up second and third place. In the two lap, 5.2km distance, Nathan Sutherland (19:05) powered through the run, while chasing Nathan around the track were Mark Chapman (22:30) in second position and Hugh Daintith (23:30) third. Lily Craig (27:04) continued her impressive performances to be first to cross the line. Kate Thornton (28:54) crossed the line in second spot, just in front of Jane Fairgrieve (29:57). Brad Simmons (30:22) and Jared Sullivan (30:43) both set outstanding times for the 7.8km distance with Jared securing the overall win with his run. Paul Centofanti (34:05) continued his strong running as he prepares for the Forbes Half Marathon. Leading the girls home over the three laps was Alicia Ross (38:29) and Kinisha Roweth (45:33).

As you would all be aware, we experienced some pretty ordinary weather last weekend (and still are!!) which resulted in the BBQ being postponed. We have set the new date and let’s keep our fingers crossed that mother nature is kinder to us, this time around. We will now hold the BBQ on Sunday 26 June 2016. However, this means we are making a slight change to the Winter Program as published.  The Club run on Sunday June 26 will now be held at Elephant Park (as opposed to Kinross Forest). We have swapped these two tracks around so, Kinross Forest will now be on August 7. The updated program is available on the Website and Facebook.

On Wednesday night at Elephant Park 92 runners stepped out onto the track and the pace was on with quick times and personal bests. Connor Whiteley (8:46) set a 14 second personal best as he and Mitch Williamson (8:47) flew around the course, out in front of the pack. Liz Simpson (10:29) was the fourth fastest overall and first female, with a 7 second personal best time. Overall winner was Shaylee Fogarty (19:39) who did a 7s personal best and has a great role model in mum Melissa. Other personal bests were recorded by: Tanya Connolly 6s, Abby Dean 26s, Molly Dean 22s, Harry Cummins 29s, Gary Shapter 52s, Jaci Norris 58s and Michelle Pearson 44s.

This Sundays club run is at Bulgas Road starting at 9am. 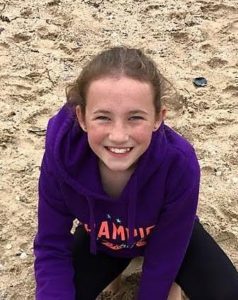