On Sunday at the Botanic Gardens club run / Apple Festival Fun Run 82 members and friends enjoyed a healthy run and  a little healthy food afterwards, with an apple or two. Also as it was Mothers Day a small lucky draw was held for the mothers, with Melissa Fogarty, Beckie Plant and Leanne Corcoran all picking up a nice bottle of wine.

Also on Sunday, outstanding young athlete Connor Whiteley, continued his impressive performances of recent times as he won the ‘Sydney 10’ 5km race at the Sydney Olympic Athletic Centre in the fantastic time of 15:53.

On a very cold and wintery looking Wednesday night at Elephant Park around 72 starters got out and running despite the conditions and the fastest runner was Mitch Williamson (9:26) and the fastest girl was Liz Simpson (11:27).

This Sunday the club run is at Clergate School starting at 9am.

Also, good luck to those competing at the North Face 100 event  on the weekend. 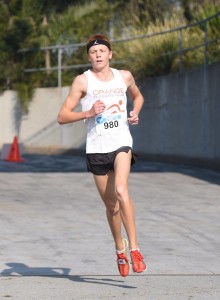