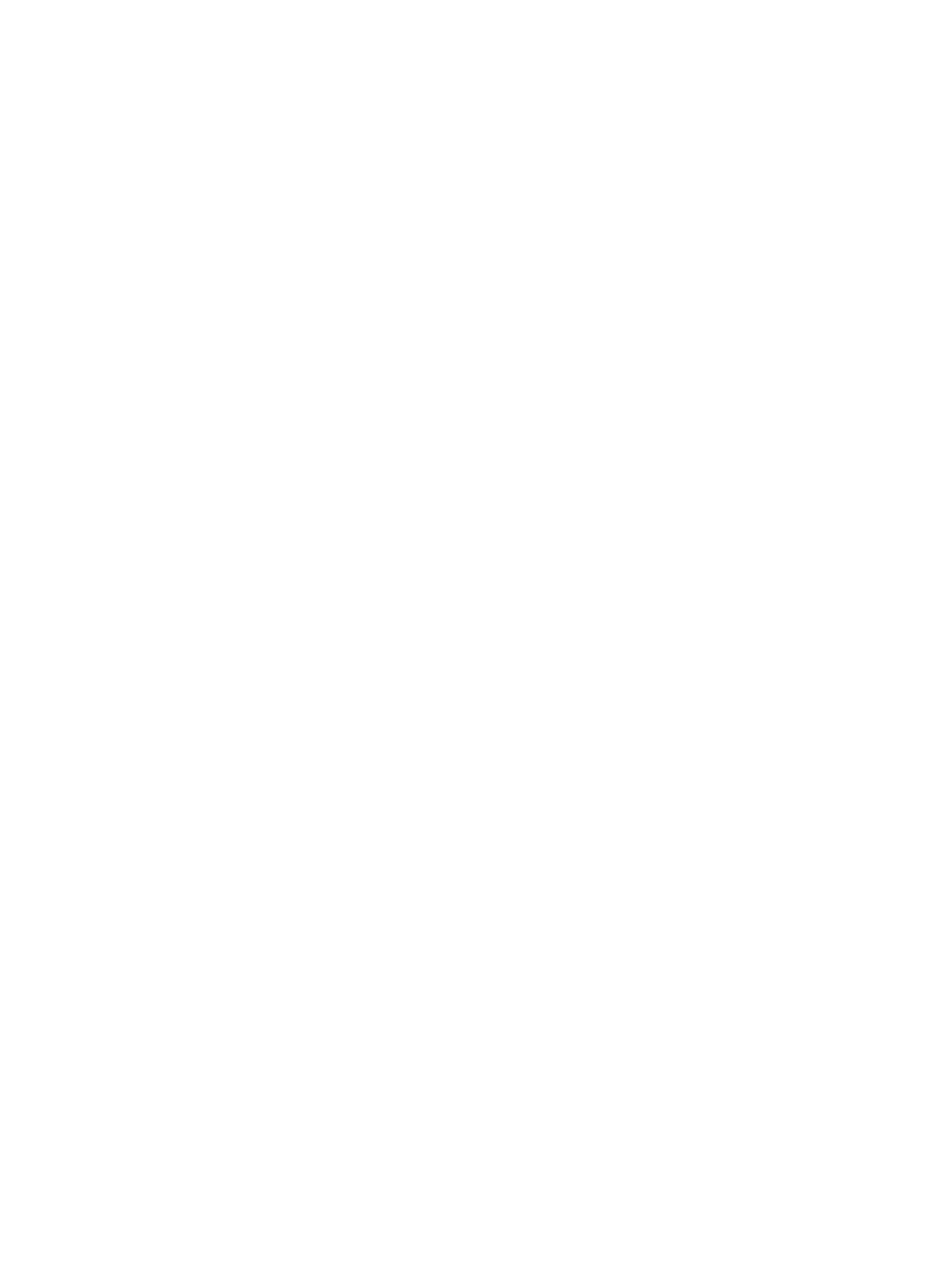 At the Sunday club run on the walking track at Shiralee Road, 75 runners challenged themselves over the 1, 2 or 3 laps on the out and back course. The overall handicap winner was the super quick Sam Harma who was the fastest over the 12km distance. The top three runners over the distances were:

The fastest runners on the night were:

This weekend will see the Sunday Club run at Bulgas Road starting at 9am, with the various distances available 3km to 14km. 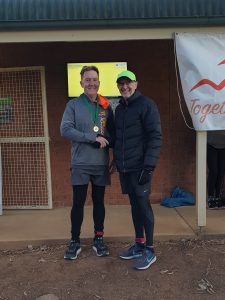 David Craig (on left) being presented with his medal for 700 runs by Vice President Greg Shapter. As well as his years of running, David is a generous volunteer for the Running Festival, as well as taking a turn this month to take the equipment to Sunday club runs. 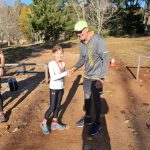 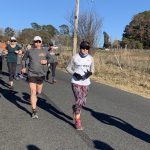