This week saw a huge 122 recorded runners members working their way around the Botanic Gardens 1.6km loop anything from one to five times. With so many runners it made for a natural staggered start while the timing tag system caters for this as your time only starts and finishes when you cross the timing mats. The young boys really shone over the 1 lap distance, with Joshua Gray (6:53) narrowly fastest from Arthur Locke (7:05) in second spot and Logan Whiteley (7:35) third. Fastest of the girls was Amber Rich (7:52) who powered to the finish ahead of Molly Dean (8:38) and Joanne Locke (8:43).

Don’t forget the Christmas party and presentation coming up on Saturday November 28 at the Nashdale hall starting at 3pm. Cost is $5 each or $10 per family. Put your names down in the blue book that is at each upcoming run and get your money in.  Nominations for ‘Runner of the Year’ and ‘Junior Runner of the Year’ need to be in this week, to be considered for the awards.

This weekend the run is out at Bargwanna Road. 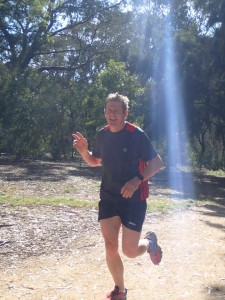