Kicks en route for 66 at Bargwanna

Last Sunday saw 66 members take on the Bargwanna Road no watch challenge. The pace was on from the start with Amber Rich powering through the 3km course in 13:28 to be fastest finisher and also picked up the overall win. Tanya Connolly and Arabella Harvey were the next two to finish in the girls race, while Craig Penrose (15:35) was the fastest guy, leading home Gary Taylor and Gary Penrose.

In the 5km run, Brandon Connolly (20:38) and Jack Daintith (21:12) had a tight tussle as they kept the chasing pack at bay. The consistent Paul Centofanti led a tight chase pack home in third spot. Of the girls young Lily Craig (26:45) was the fastest, with another big chase pack hot on her heels, headed by Alison Spurway and Jennifer McLean. As Presidents can sometimes do, Jane Fairgrieve made up her own event, called it 8kms and finished in a time of 51:31. In the 10km run Ian McLean was out on his own as he sped to a great time of 42:50 to finish almost five minutes in front of Mark Chapman. Daryl Roweth finished a second slower than ‘Chapo’ in third spot. Again miraculously, five runners were within six seconds of their estimated time and Paul Centofanti and Hugh Daintith were within one second of their times. Sharon Fahy and David Craig received awards recognizing them achieving 400 club runs.

Fastest on the night was Jack Daintith with a time of 10:46, while fastest woman Meg Reeves with an 11:01 was second fastest overall. Somehow securing the handicap win on the night was ‘me’ with a steady run of 13:02.

Some important things to keep in mind in the coming weeks:

1)      Dan Benton will be conducting two free coaching clinics for all ORC members. The drills will consist of improving running skills and learning to run without causing injuries. The dates are 2nd and 9th February at 5.15 p.m at Riawena Oval.

2)      We need some people to volunteer to take the mats for Sunday runs. It only takes a few extra minutes before and after the run so please think about putting your hand up to help out for a month.

3)      Volunteers list for the OCCRF is at every run so please put your name down as soon as possible. If you can help out for an hour or two, there will be a job you can do.

Remember, time is running out for the Running Festival Early Bird Entries, which closes January 31, so to take advantage of the slight discount on entry fee you should enter now. Also, there are no entries taken on the Festival Weekend so if you intend to run, you need to enter before midnight on the Friday February 27.

This Sunday the club run is at Kinross Forrest. This is a tough but satisfying run with a challenging start. Distances are 2km, 4.8km and 9km. 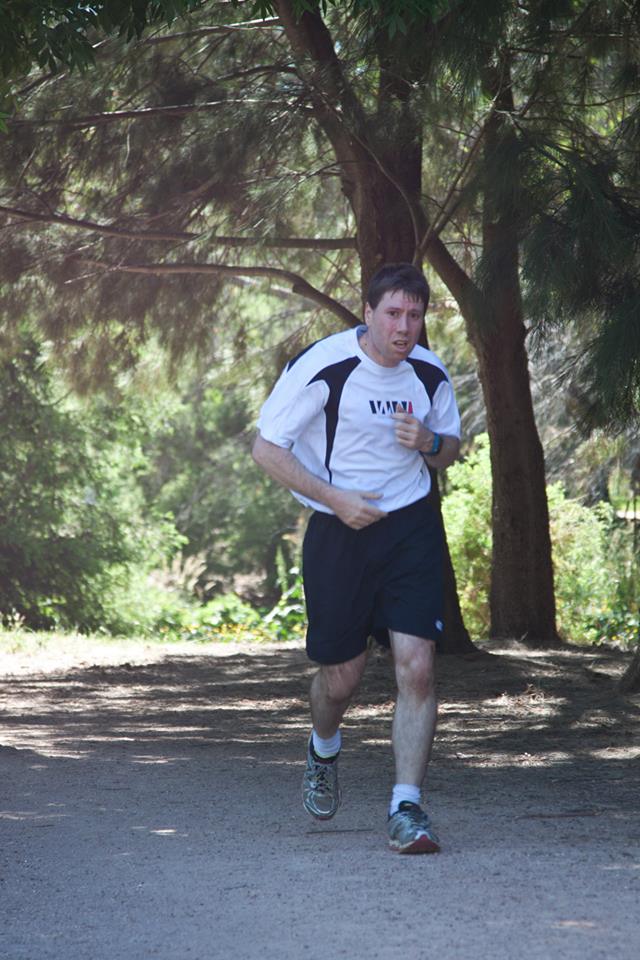 SO CLOSE: Paul Centofanti finished one second off his estimated time at Sunday’s run.